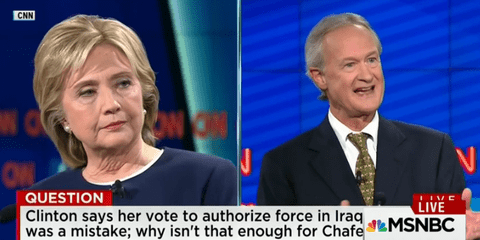 For all the flack Chafee received for his at times blundering performance, Maddow argues that Chafee’s focus on the Iraq war was prescient given President Obama’s announcement yesterday that he would not withdraw troops from Afghanistan as previously planned. Chafee’s criticism of of Hillary Clinton’s vote in favor of the Iraq war also gave Clinton the chance “to talk about that vote and apologize for that vote in a way that honestly pretty much settles it,” as Maddow put it.