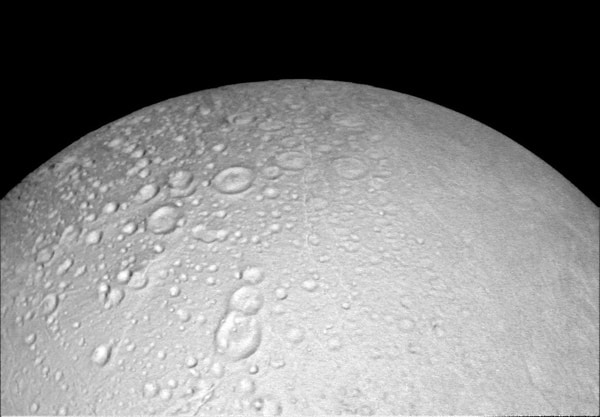 NASA’s Cassini probe just sent back some amazing photos of Enceladus, Saturn’s sixth-largest, ice-covered moon. Enceladus was recently confirmed to have a global underground ocean under its icy crust. The moon is 500 km in diameter.

It also has geysers that erupt from holes in its crust.

The new photos offer closer views than ever before.

NASA writes of the photo above:

This view from NASA’s Cassini spacecraft shows battered terrain around the north pole of Saturn’s icy moon Enceladus. Craters crowd and overlap each other, each one recording an impact in the moon’s distant past. The view was acquired at a distance of approximately 4,000 miles (6,000 kilometers) from Enceladus and at a Sun-Enceladus-spacecraft, or phase, angle of 8 degrees. Image scale is 1,093 feet (333 meters) per pixel.

NASA also points out that there is a snowman in the center of the photo. 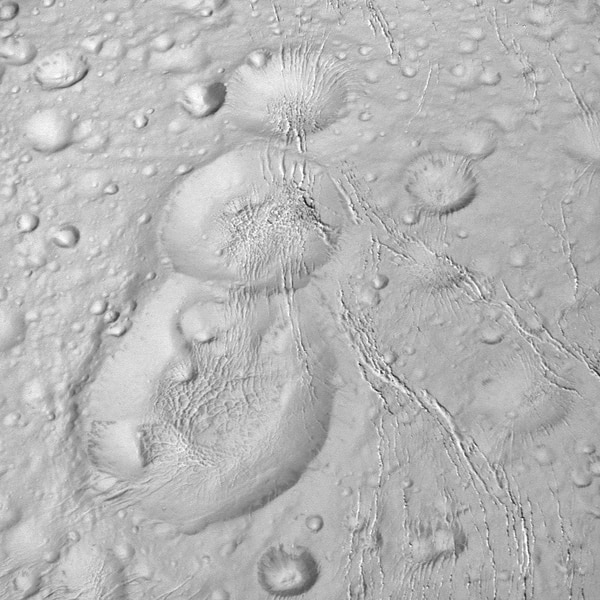 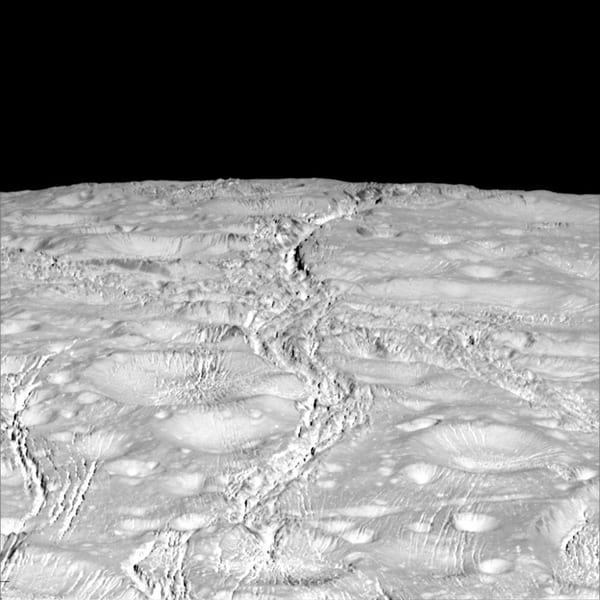 Writes NASA of the above photo:

Scientists expected the north polar region of Enceladus to be heavily cratered, based on low-resolution images from the Voyager mission, but high-resolution Cassini images show a landscape of stark contrasts. Thin cracks cross over the pole — the northernmost extent of a global system of such fractures. Before this Cassini flyby, scientists did not know if the fractures extended so far north on Enceladus.

North on Enceladus is up. The image was taken in visible green light with the Cassini spacecraft narrow-angle camera.

The view was acquired at a distance of approximately 4,000 miles (6,000 kilometers) from Enceladus and at a Sun-Enceladus-spacecraft, or phase, angle of 9 degrees. Image scale is 115 feet (35 meters) per pixel.

And here’s a raw image of the moon. 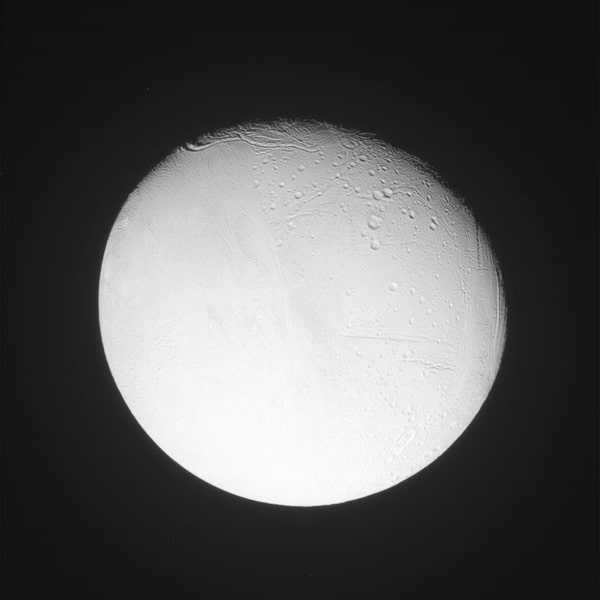 Previous Post: « Hunky Straight Vlogger Quizzes His Dad on Gay Terminology: WATCH
Next Post: 4 Small-But-Awesome Gay Travel Tours You Should Know About This Fall and Winter »