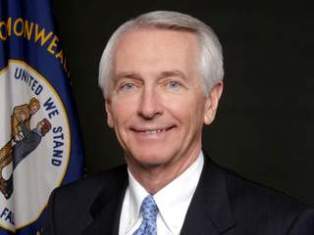 The ministers from four counties gave the governor’s office a petition they said had 1,700 names on it asking the governor to call a special session of the state legislature so lawmakers could pass a law exempting Davis and others from issuing marriage licenses.

Beshear won’t call a special session because it’s too costly.

Smith said the group’s concerns extend beyond county clerks and include fears that churches could one day be forced to perform same-sex weddings. He argued that a majority of taxpayers supported Kentucky’s ban on same-sex marriage in 2004 and would likely support a special session deal with the issue.

“Accommodations have been something that this nation has afforded many, many people down through the existence of our nation,” he said. “We want to right an injustice.”

…In the meantime, a new poll shows that 47 percent of Kentucky voters believe that county clerks should not get special exemptions while 42 percent say they should. Another 11 percent were not sure.

The governor’s election is three weeks from now.