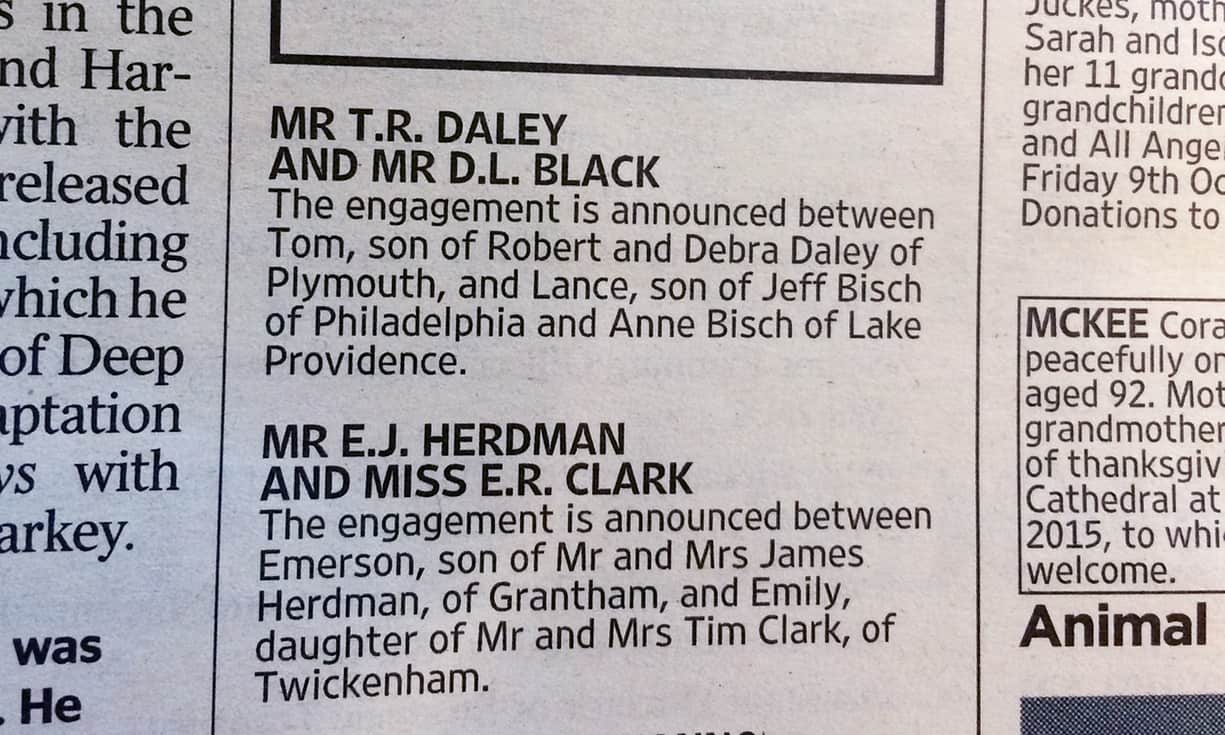 British diver Tom Daley announced his engagement to screenwriter Dustin Lance Black today in a subtle and old-fashioned way, with a newspaper ad in The Times newspaper.

Said the ad: “The engagement is announced between Tom, son of Robert and Debra Daley of Plymouth, and Lance, son of Jeff Bisch of Philadelphia and Anne Bisch of Lake Providence.”

The Guardian reports: According to the Times website, the engagement announcement would have cost about £200.

Daley and Black have been dating for two years.

Here are two recent Instagrams from the couple.

Daley’s mother spoke with the Plymouth Herald about the engagement:

“The whole family is extremely excited and looking forward to the big day. They are going to wait until after the Olympic Games in Rio before they decide on the date of the wedding and where they want to marry

Debbie also said that the family has taken a shine to Dustin, 41, who she refers to as ‘Lance’, and described him as a “very likeable person that gets along with everybody”.

Tom is currently training at Queen Elizabeth Olympic Park in London, where he is now based.

Debbie continued: “At the moment he is training in Stratford and focusing on competitions to prepare for Rio at the start of August. Training has always come first for him. Once Rio is out of the way, they will properly plan the wedding.”

Daley’s 2013 coming out video announcing he met someone, a guy:

Previous Post: « Bets Are Placed on Which Straight Guy Can Be Gayer in #NoHomo Episode 5: WATCH
Next Post: Don Lemon Asks Donald Trump if He’s Racist or Homophobic: WATCH »