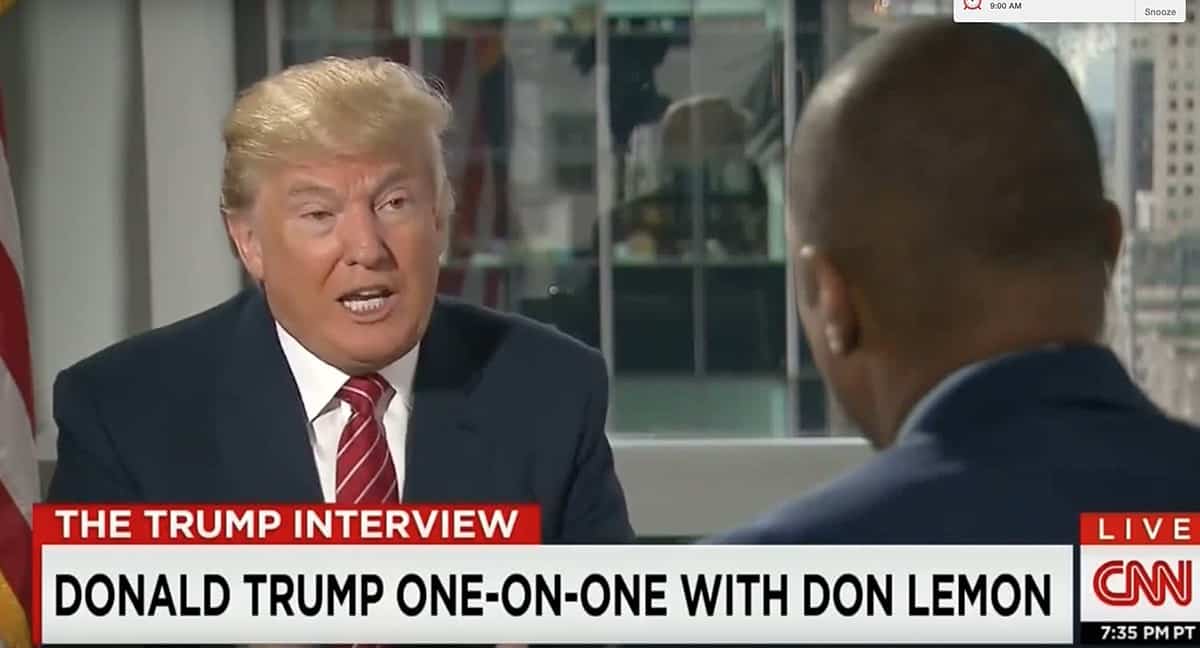 In a one-on-one interview last night, Don Lemon put a couple questions to Donald Trump. To both questions, the answer was, look how popular I am!

Do you think that you are homophobic

“No I think that I’m a very nice person. I love people. And I have to tell you, when you look at those polls…it’s across the board. You know who loves me? The Tea Party? The Evangelicals.I’m leading with evangelicals. I’m Presbyterian, I’m protestant and they love me. You know why? Because they think I’m going to do a great job for the country. But if you look, because you’re making it sound like the far right… The far right does like me. But you know who else likes me? Democrats like me. Liberals like me.”

Some people perceive you as racist. Answer that….

“So I just did a speech for the African American Chamber of Commerce in South Carolina and they just wrote the most beautiful letter I think I’ve received in a long time saying how unfairly I got treated by the press. I just showed up at..that they asked me to do. I did it as a favor to a couple of friends of mine who happen to be African-American who asked me to go. The dais was packed with people. PACKED with people. They were all up front. I could hardly get into the room. And CNN in particular made me look bad…because they showed some empty seats in the back.”