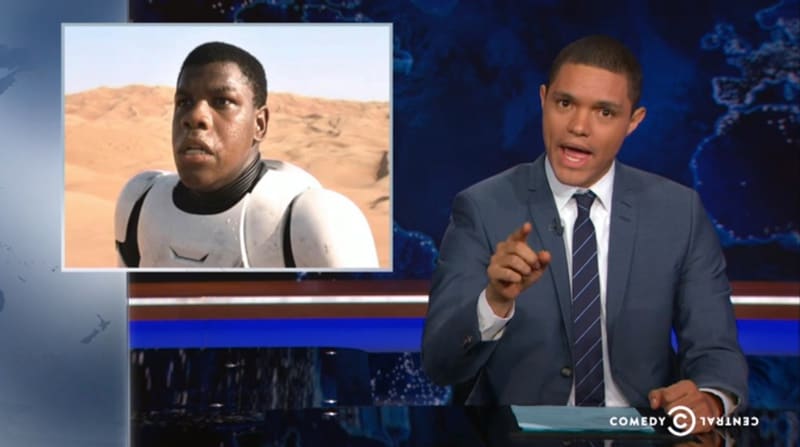 A campaign underway by racist Star Wars fans to boycott the film for focusing too much on ‘not white male’ characters got raked over the coals by Daily Show host Trevor Noah. They’re calling it a “sinister multicultural agenda.”

JJ Abrams even responded in a tweet, Noah notes: