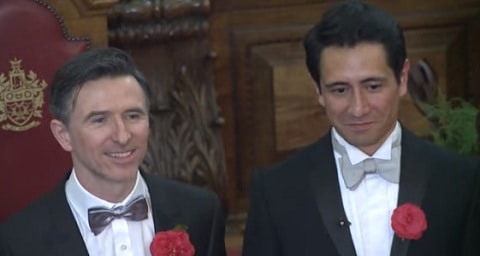 The UK’s Office for National Statistics has revealed that 15,098 same-sex couples have married in England and Wales since it became legal in 2014, reports the BBC.

The number represents close to a 50-50 split between marriages and conversions from civil unions.

Statistics also show that the most popular month for same-sex weddings is August and that 45 percent of marriages were between male couples. The average age of women entering same-sex marriages was 37 while for men it was 40.

Between 2013 and 2014, the number of couples opting for civil partnerships fell by 70 percent.

Northern Ireland remains the only place in the UK which has not provided for same-sex marriage.

Watch a video of the wedding ceremony of Peter McGraith and David Cabreza, one of the very first same-sex weddings in the UK.