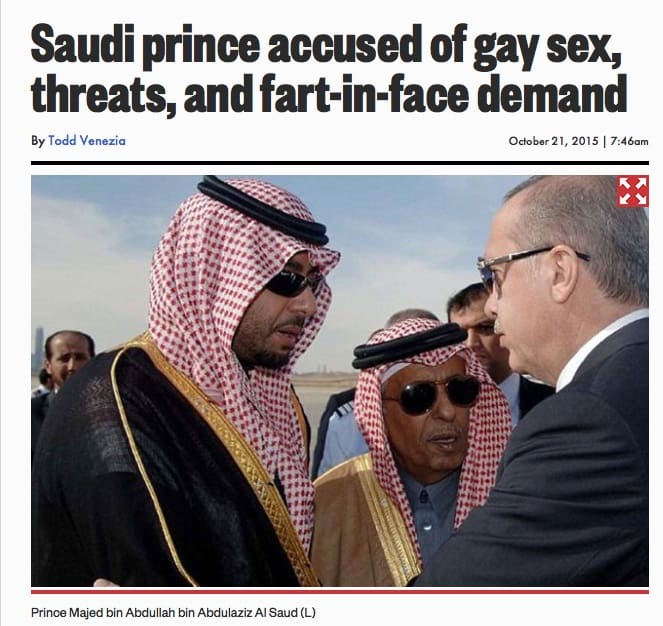 A Saudi prince is up to no good, the New York Post reports:

A Saudi Arabian prince is accused by three female staffers of acting like a bizarre party boy — engaging in a gay-sex act in front of them, threatening a woman’s life, demanding that an assistant fart in his face while others watched and declaring, “I am a prince and I do what I want,” according to a report.

Prince Majed bin Abdullah bin Abdulaziz Al Saud, who is the son of the late King Abdullah, allegedly engaged in the lurid behavior at his $37 million mansion in Beverly Hills, according to a lawsuit flied by a trio of women who worked for him there.

The lawsuit accuses Al Saud, 29, of being drunk and on drugs — and of making crude sexual advances on men and women alike.

Previous Post: « 15,000 Gay Couples Have Tied the Knot in Britain and Wales Since It Became Legal in 2014: VIDEO
Next Post: The Red Devil Claims Three More Victims On ‘Scream Queens’ [RECAP] »