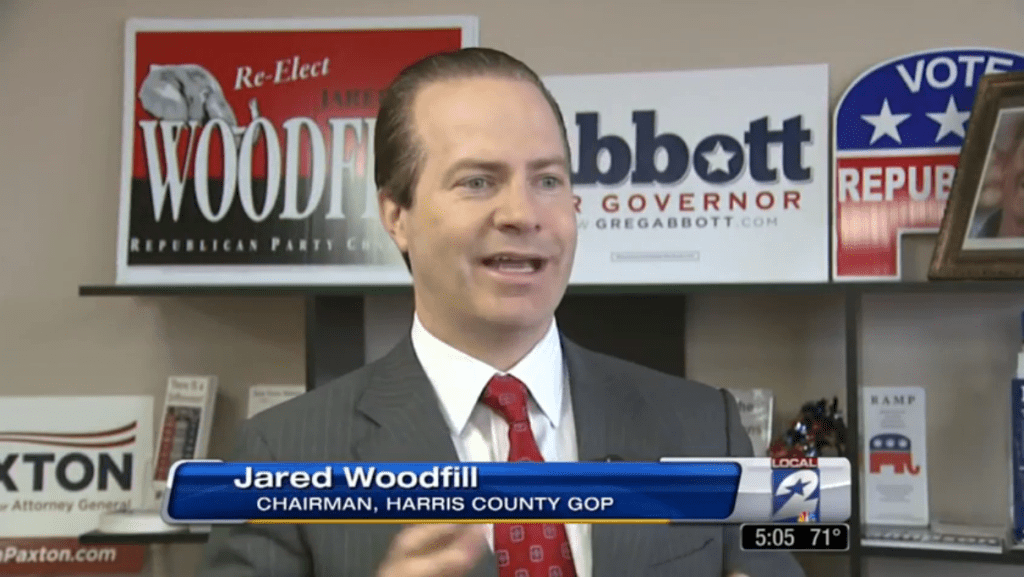 Jared Woodfill, the main spokesman for the campaign to defeat Houston’s Equal Rights Ordinance, is now defending a man who’s being sued for taking photos of women changing in a bathroom.

Woodfill, an attorney and the former chair of the local Republican Party, represents BJ Farmer, who’s being sued by one of the women who was photographed in the bathroom at a party 10 years ago.

The anti-HERO campaign adopted the slogan “No Men In Women’s Bathrooms,” flooding the airwaves with ads falsely suggesting the ordinance would allow sexual predators to enter women’s restrooms and prey on victims. Largely as a result of the fear-mongering ads, voters repealed HERO by a margin of 61 percent to 39 percent.

The Houston Press, the city’s alternative weekly, reports on the lawsuit against Farmer:

Ten years ago, at a pool party at a private home, seven women went into the master bathroom to change into their bathing suits. Following them were three drunk men, including local tech-company owner BJ Farmer, who sat in the shower, took out their cell phones, and began snapping pictures while the women changed. Earlier this year, one of those women, Andrea Villarreal, sued Farmer after his ex-wife found the pictures on his laptop, shortly before their divorce proceedings, and brought them to Villarreal’s attention.

Villarreal is suing Farmer for invasion of privacy, negligence for having never deleted those photos, and defamation, alleging Farmer made false, misogynistic comments about her with fake user names on a Houston Press article about the case last year (tech experts traced online comments calling her a “gold digger” and a “disgusting worm who flashes her breasts to get attention from every guy” back to Farmer’s computer). Three months later, in February 2015, Farmer admitted in a deposition to taking the photos of Villarreal without her knowledge. He said it was just a “stupid, you know, idea at the time while we were drinking.” In that deposition, Farmer also admitted to doing this on more than one occasion, and to having pictures of himself fondling an unconscious nude woman at another party.

In court filings, Woodfill has slut-shamed Villarreal and called her lawsuit against Farmer “frivolous,” “harassing” and “brought in bad faith,” according to The Houston Press. Woodfill has maintained that Villarreal knew Farmer was taking the photos, even though Farmer has said he doesn’t know whether she knew:

In 2013, Woodfill was the lead plaintiff in a lawsuit challenging Mayor Annise Parker’s decision to extend benefits to the same-sex spouses of city employees.
When he sought re-election as party chair last year, Woodfill campaigned heavily on social issues, staging a “Stand for Marriage” press conference a day before the primary in response to a federal judge’s decision striking down Texas’ bans on same-sex marriage. The press conference was billed as a rally against “sodomite” marriage and a “would-be dictator” judge.
This is not the first time a prominent HERO opponents has been exposed for blatant hypocrisy.
Pastor Kendall Baker, who narrated one of the disgusting anti-HERO radio ads, was fired by the city for sexual harassment in 2014, according to The New Civil Rights Movement:

A 2013 investigation by the Office of Inspector General (OIG) found evidence that Baker, the city’s former 311 director, solicited sexual acts from female subordinates. In addition to making lewd comments and sexual advances, he solicited donations from them for his church, the investigation found.