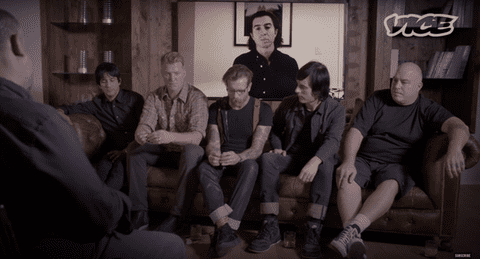 In a new interview, the American band Eagles of Death Metal open up about the horrific terrorist attack on Paris’ Bataclan concert hall where they were performing on the night of Friday, Novemeber 13. The ISIS-led attack left 90 dead at the Bataclan alone and many more critically injured.

Earlier this week, we saw a portion of the interview focusing on band founders Jesse Hughes and Josh Homme. The full 26 minute interview from VICE talks with the entire band, all of whom appear visibly shaken and emotional in the wake of the attack.

Guitarist Eden Galindo spoke of the initial confusion when the attack started: “At first I thought it was the PA cracking up, and then I realized real quickly it wasn’t…We weren’t sure if they were targeting us or what was going on.” Sound engineer Shawn London recalled hearing one of the attackers screaming “allahu akbar”, saying, “and that’s when i instantly knew what was going on.” 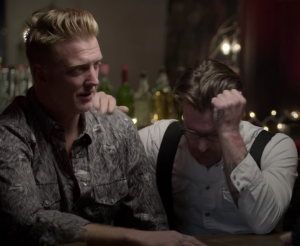 While Josh Homme was not at the Bataclan the night of the attack, he was the one his band-mates reached out to after the atrocities. Speaking about the heroism that transpired that night, Josh says, “People came out of their homes to help. The fans that were in there, even when injured were attempting to help each other and the band.” Of the band’s merchandise manager Nick Alexander who died that night protecting a friend of his, Jesse says, “[He] stayed quiet and never called for help until he bleed out because he didn’t want anyone else to get hurt.”

Josh added, “We represent the fans that did not make it, the people who did not make it, whose stories may never get told. A great reason why so many were killed was because so many people wouldn’t leave their friends.”

Asked what he would tell the families of the victims if he could speak to them, a clearly emotional Josh said, “I sorta [would] want to just get down on my knees and say, ‘Whatever you need’, because there’s nothing I could really say.”

Despite the tragedy they have been through, the band says they want to play at the Bataclan again, being the first band to play there when it reopens. A defiant Jesse said, “Our friends went there to see rock and roll and died. I’m going to go back and live.”