You are here: Home / Eagles of Death Metal Speak for First Time About Paris Attacks: WATCH 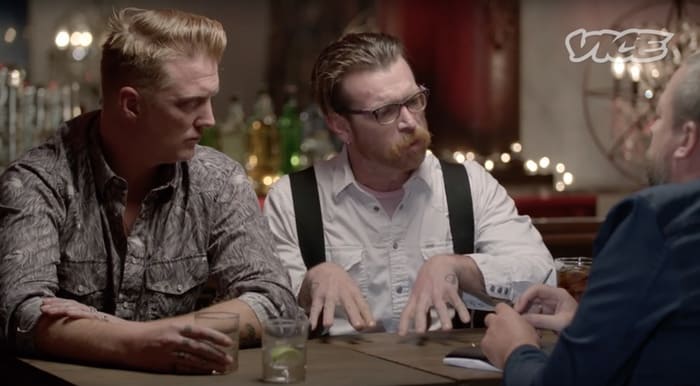 Eagles of Death Metal, the American band playing at Paris’ Bataclan concert hall the night of the attacks, is going to speak for the first time about the attacks and VICE previewed the interview over the weekend.

It looks to be devastating as you might expect. Jesse Hughes, the band’s frontman, speaks in the preview about what happened during the attack:

“Several people hid in our dressing room and the killers were able to get in and killed every one of them except for a kid who was hiding under my leather jacket. People were playing dead, and they were so scared. A great reason so many were killed was because so many people wouldn’t leave their friends. So many people put themselves in front of people.”

The full interview with Hughes and Josh Homme will be published this week. Watch the preview: