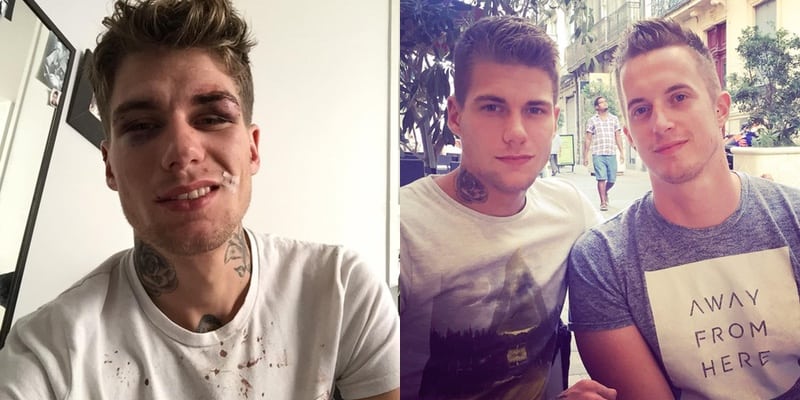 A gay French couple was attacked after leaving a nightclub in Montpelier, France earlier this week. Clément Grobotek reported the attack on Facebook, in a defiant post that has been shared more than 44,000 times.

He and his boyfriend Aaron had left a club when six men shouted anti-gay taunts from a passing car, and then got out and assaulted them. Both required hospitalization, and Aaron remains unable to speak.

“It is useless to describe the fear that you feel seeing your man lying on the ground with his head in blood and unconscious.”

To his attackers, he added:

“Obviously, in addition to being intolerant, you are also cowards! But you know what? You will always be powerless! You can strike and strike again, you never will remove my smile, and will not prevent me from loving my man more than anything!”

Grobotek later tweeted a photo with his boyfriend Aaron: