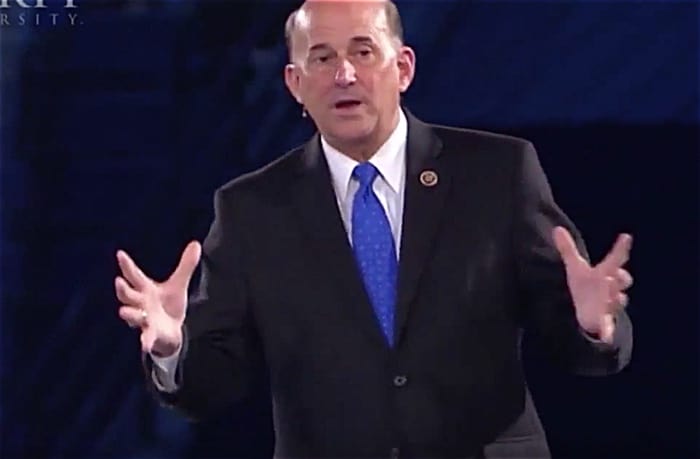 Congressman Louie Gohmert (R-TX) has repeated his calls for a test to prove his theory that homosexual relationships are unnatural and rolled it out again in a convocation speech last week at Liberty University.