A failure to respond to the transgender bathroom myth and inadequate support from the business community were among factors that doomed the campaign in support of Houston’s Equal Rights Ordinance, according to HRC President Chad Griffin (above).

But Griffin also blames managers at local TV stations for agreeing to air false, fear-mongering ads from HERO opponents — such as the one we reported on Wednesday — suggesting the ordinance would allow sexual predators to enter women’s bathrooms to prey on victims.

Griffin told The Washington Blade there are “a lot of lessons coming out of Houston,” where HRC and other LGBT groups spent more than $3 million dollars, only to have HERO defeated at the polls 61-39 percent:

“Without question, there has to be a more aggressive and a more effective response to the outrageous transphobic lies that our opponents in that campaign pushed forward, particularly in those two weeks. And I am confident that our side, that the movement won’t be caught off-guard with that, with that message last time….

“The second thing I want to say in terms of lessons learned that we know, we need more support in the business community. There was certainly some business support in Houston, but I do think that was a component that was not as front and center as we’ve had in many other battles around the country. I’d even compare it to the defensive battle we had in Arkansas, or Indiana… 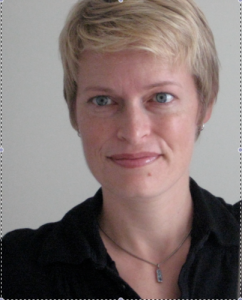 This entire episode took me back to when I reported in 2009 on the first-ever Senate hearing on the trans-inclusive Employment Nondiscrimination Act. The people who had organized it had been so afraid of allowing transgender people to testify that they cut them out of the hearing. Instead, members of the transgender community were asked to speak at a press conference before the hearing.

Thinking like this has got to stop. The idea that we can somehow politely redirect the conversation away from things that make the Beltway crowd uncomfortable—when right-wing activists are going for the jugular—is ludicrous.

As for this Texas-based journalist, the main criticism I’ve heard from Houston LGBT advocates is that the pro-HERO campaign’s messaging was simply too “nice.” In other words, when our opponents go dirty, we’ve got to fight fire with fire rather than taking the high road. After all, this is politics.

I’ve also heard complaints that the Houston Unites campaign was largely run by national operatives who didn’t understand the dynamics of the Houston electorate, rather than by local groups.