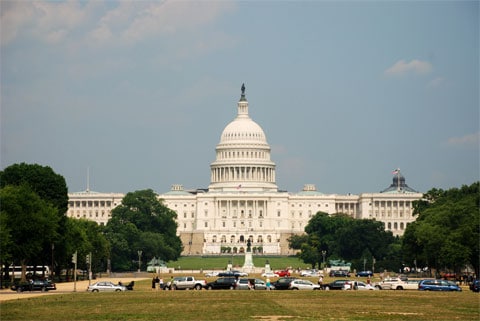 The U.S. House of Representatives voted 289-137 to pass a bill that would increase background checks on Syrian and Iraqi refugees despite President Obama’s threat to veto it. The vote is enough to override the threatened veto. 47 Democrats supported the bill.

The Republican bill would require the FBI director to certify the background investigation for each Syrian or Iraqi refugee admitted to the U.S., and Homeland Security and intelligence officials would have to certify that they are not security threats.

The Obama administration said Wednesday that the bill would “introduce unnecessary and impractical requirements that would unacceptably hamper our efforts to assist some of the most vulnerable people in the world.”

The bill, which passed 289 to 137 with nearly 50 Democrats supporting it, would require that the director of the Federal Bureau of Investigation, the secretary of the Department of Homeland Security and the director of national intelligence confirm that each applicant from Syria and Iraq poses no threat, a demand the White House called “untenable.” The measure received significant support from Democrats, even after administration officials implored them to abandon the measure on Thursday morning.

The Senate will consider the bill after Thanksgiving.

In the Senate, lawmakers emerging from a closed-door briefing with administration officials Wednesday night said Democratic Sen. Dianne Feinstein and Republican Sen. Jeff Flake planned to introduce a bill that would restrict visas for any individual who had been in Iraq or Syria in the past five years.

BREAKING NEWS: With a veto-proof majority, the House just passed a bill to pause the Syrian refugee program. pic.twitter.com/hE8LsI0V16