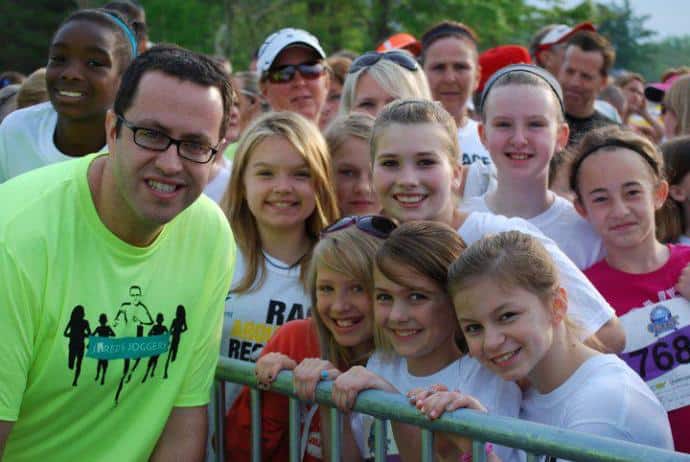 Famed former Subway spokesman Jared Fogle was sentenced to 15 years in prison on Thursday for charges related to child pornography.

Fogle plead guilty to charges brought against him by prosecutors back in August following an FBI raid at his home. The FBI seized several computers and DVDS as a result of that raid. Subway terminated its relationship with Fogle shortly afterwards.

U.S. District Judge Tanya Walton Pratt, describing Fogle’s level of “perversion and lawlessness” as “extreme,” ordered Fogle on Thursday to serve 188 months in prison — 20 more than the advisory guidelines. Fogle pleaded guilty to one count of traveling to engage in sexual conduct with a minor and one count of receiving child pornography. He must participate in a sex offender treatment program while in prison.

Prosecutors had asked for a 12.5-year jail sentence, while Fogle’s attorneys had sought a five-year term.

Under a plea deal, Fogle must register as a sex offender after his release (he’ll be eligible for parole after 13 years), have his digital devices monitored and pay a $175,000 fine.

“Not a day will go by where I don’t think about them and what I did to impact their lives. It is my intent to learn from these experiences so that I never, ever do these things again. At the time, I really didn’t think through what I was doing.”

The judge was unmoved by Fogle’s sentiment:

“Mr. Fogle used his wealth and fame to entice these victims. Mr. Fogle was living a double life and for many years was engaged in a life of deception and depravity.”

Fogle had paid $1 million to 10 of his victims in restitution prior to Thursday’s sentencing.