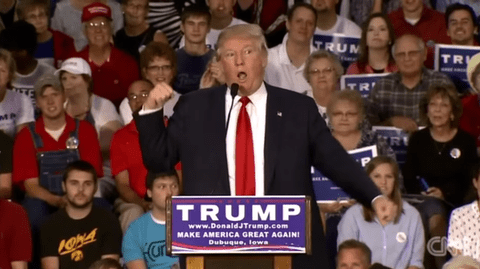 Donald Trump and Jeb Bush may be incredibly dissimilar candidates, but they have one thing in common: both presidential hopefuls make a lot of strange noises while out on the campaign trail.

On Wednesday night’s Jimmy Kimmel Live! the funnyman put together a supercut of all the strange noises the Donald makes while taking his message to the American people. Said Kimmel, “Donald Trump says a lot of interesting things, but even more than his words are his sounds. He makes a lot of odd noises during his public speaking appearances, I guess to get his point across.”

Which noise is your favorite? Watch Jimmy Kimmel’s compilation below: