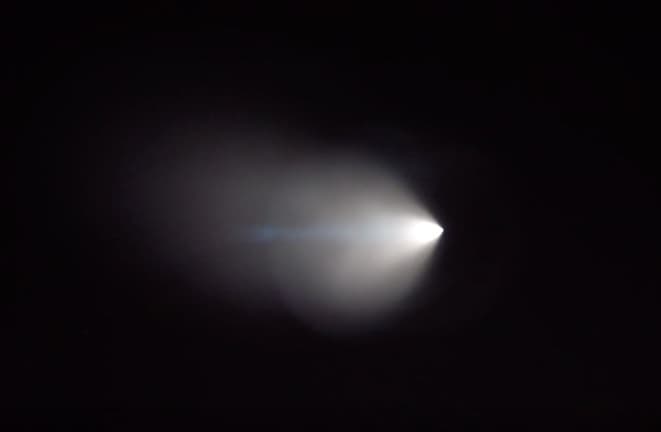 Social media lit up last night with reports of a UFO over the skies from San Diego to San Francisco. The light, which began as a small red cone, exploded into a bluish halo over Los Angeles.

The light was later revealed to be the test of an unarmed missile, the San Diego Union Tribune reported:

The test was part of a scheduled, on-going system evaluation test, said Cmdr. Ryan Perry with the Navy’s Third Fleet.

Perry said launches are conducted on a frequent, recurring basis to ensure the continued reliability of the system. “Each test activity provides valuable information about our systems, thus contributing to assurance in our capabilities,” he said in a statement.