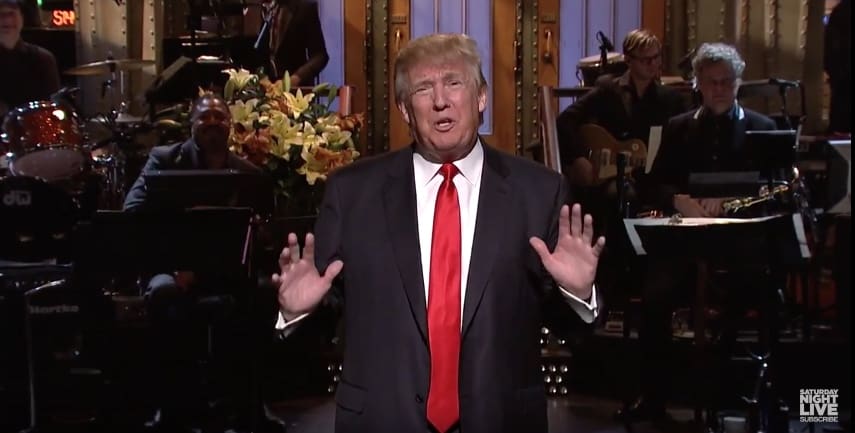 Donald Trump’s cold open on SNL last night was fairly unremarkable and unfunny, consisting of a lame Rosie O’Donnell joke and members of the cast impersonating him.

The highlight came at a moment near the end when Larry David shouted, “You’re  a racist!”

“NBC’s refusal to drop Trump has put us in the position of dropping $5,000 of cold hard cash to anyone who will yell out ‘Trump is a racist’ during the live broadcast of ‘Saturday Night Live,’ said Santiago Cejudo, an organizer for the Deport Racism PAC, on Wednesday.

“We’re hoping the $5,000 will help people on set or in the studio audience find the bravery to speak out loudly and help focus the national conversation on that we need to deport racism, not people,” he added.

“It’s 2016, and Trump needs to hear that you can’t win the White House without the brown vote.”

Trump got just 12 minutes on screen, according to Variety:

And here’s the cold open, which did a pretty bad job at mocking Friday night’s Democratic forum.