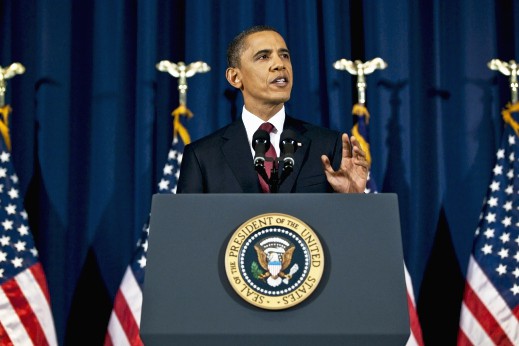 On Tuesday, the White House officially endorsed proposed legislation known as the Equality Act which would amend the Civil Rights Act of 1964 to make illegal discrimination on the basis of sexual orientation and gender identity. The announcement comes one week after the Houston Equal Rights Ordinance (HERO) was defeated by a punishing margin.

Speaking to reporters, White House Press Secretary Josh Earnest said the administration “has been reviewing for several weeks” the bill. “It is now clear that the administration strongly supports the equality act,” he said, adding it would advance the civil rights of “millions of Americans.”

Earnest added the White House would “work to ensure that the legislative process produces something that balances “the bedrock principles of civil rights with the religious liberty that we hold dear in this country.”

Though the Equality Act is unlikely to pass before President Obama leaves office, with Republicans controlling both the House and the Senate, the show of support is nonetheless notable. As The Post puts it,

“[T]he decision by the nation’s first African American president to back the measure is significant. Some of the nation’s leading civil rights groups — including the NAACP and the Leadership Conference on Civil and Human Rights — have been slow to endorse the legislation.”

The announcement from the White House comes the same day that President Obama becomes the first American president to grace the cover of an LGBT publication, having been named OUT magazine’s “Ally of the Year” for 2015.

Previous Post: « Dory is Back and Still Swimming in First Trailer for ‘Finding Dory’ – WATCH
Next Post: Zachary Quinto Says It’s ‘Absurd’ To Think He Would Slut Shame Gays on PrEP: ‘I Love Sluts!’ – WATCH »