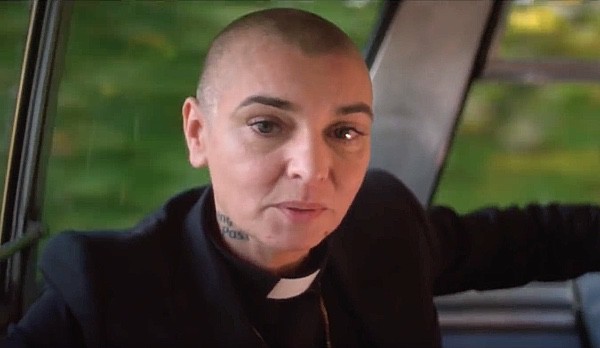 Singer Sinead O’Connor is “getting medical assistance” after posting an unhinged message to Facebook claiming that she took an overdose.

O’Connor, who said she was at “a hotel, somewhere in Ireland, under a different name,” posted the ‘suicide note’  following a series of troubling messages related to her family.

There is only so much any woman can be expected to bear. What was done to me this week was appalling cruelty. By my husband, my family, by St Pats and by An Gardai Siochana, by my son, Jake and by Donal Lunny and Angela singleton, by my son’s girlfriend, his friends… after everything I’ve been put through and been forced to go through alone .. And punished for having to go through since I had the surgery on August 26th. Or since Shane became unwell in March, This week has broken me. The withholding of my babies from me without any sound reason by their fathers, Frank and Donal, and by Jake and the rest of my family, is a horrific set of betrayals. And has been going on since I had my surgery. The last two nights finished me off. I have taken an overdose. There is no other way to get respect. I am not at home, I’m at a hotel, somewhere in ireland, under another name

If I wasn’t posting this, my kids and family wouldn’t even find out. Was dead for another fortnight since none of them bother their hole with me for a minute. I could have been dead here for weeks already and they’d never have known. Because apparently I’m scum and deserve to be abandoned and treated like sh-t just when I’ve had my womb and ovaries chopped out and my child is frighteningly sick. I’m such a rotten horrible mother and Person, that I’ve been alone. Howling crying for weeks. And been told by them all t go f**k myself. I’m invisible. I don’t matter a shred to anyone. No one has come near me. I’ve died a million times already with the pain of it. So yeah.. Strangers like me.. But my family don’t value me at all. They wouldn’t know if I was dead until weeks from now if I wasn’t f**king informing them now.

well done guys, you’ve finally got rid of me. Sorry the penny didn’t drop sooner. I’m an idiot. When you planned to get me away from my babies did you plan for me losing my mind over it? It being the final straw? For how you’re gonna explain why I died? Make sure you tell the truth. BARRY.. THEY WONT. YOURE THE ONLY ONE WHO KNOWS ME OR THE TRUTH. PLEASE STAND FOR ME AND TELL IT. i can’t play twister. My children don’t care if I live r die anyway. Neither do their dads. Everyone is better off. Never ever do this to a woman again. Let this be your lesson. I survived it when John waters did it.. I can’t survive Jake doing it.

Irish media reported that O’Connor was located after making posting the note and is receiving medical attention:

Gardaí at Pearce St station have confirmed that singer Sinead O'Connor has been located "safe and sound" and is getting medical assistance.

Previous Post: « Kate Bornstein Reads from Her Memoir ‘A Queer and Pleasant Danger’ – LISTEN
Next Post: Ben Carson: Hateful Rhetoric ‘on Both Sides’ of Abortion Issue Should Be Toned Down – WATCH »