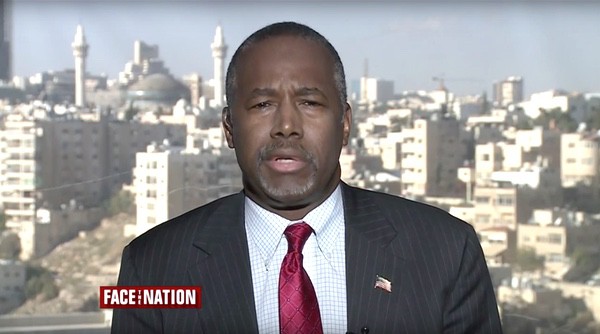 Asked about the act of domestic terrorism on Friday at a Planned Parenthood clinic in Colorado which killed three and injured nine others, GOP presidential candidate Ben Carson said there is hateful rhetoric on “both sides” of the abortion issues which needs to be toned down:

“There is no question that, uh, you know, hateful rhetoric no matter which side it comes from – right or left – is something that is detrimental to our society. This has been a big problem. Our strength in this country has traditionally been in our unity. And we are allowing all kinds of circumstances to divide us and make us hateful toward each other. And the rhetoric is extremely immature, divisive, and is not helpful when you have outside forces uh – global Islamic radical jihadists who want to destroy us. Why would we be doing that to ourselves? We at some point have got to become more mature. No question the hateful rhetoric exacerbates the situation and we should be doing all we can to engage in intelligent, civil discussion about our differences. That’s how we solve problems. we don’t ever solve them with hateful rhetoric…I think both sides should tone down their rhetoric, and engage in civil discussion.”

To all of the trolls who spew hatred and lob attacks at us, PP family, or supporters online, you are a part of the problem. #StandWithPP