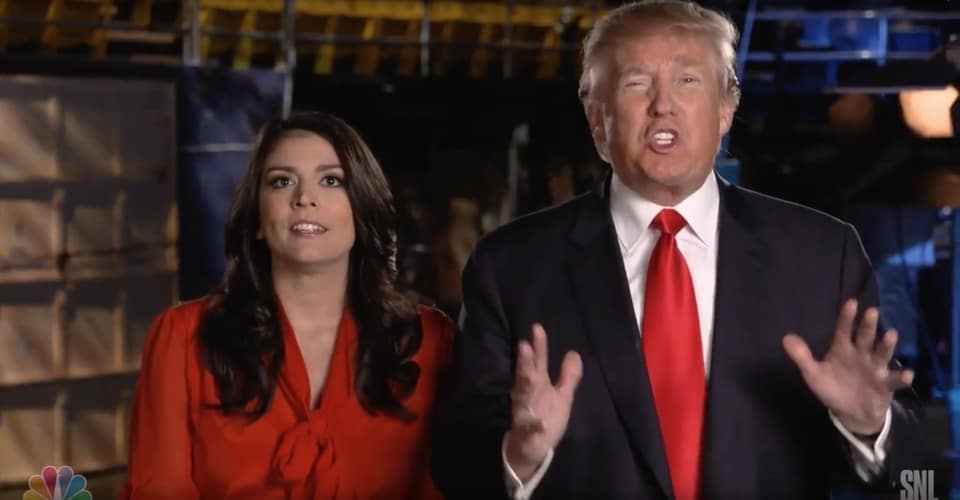 Saturday Night Live posted a series of promos on Wednesday and then took them down, replacing them with a new set which had been edited. Among those promos missing in the new set were a promo in which guest host Donald Trump calls his GOP rival Ben Carson “a total loser.”

“Because of equal time rules for television, Mr. Trump can only speak for four seconds in this promo,” Strong says in one of the promos. “So let me just say this,” says Trump. “Ben Carson is a complete and total loser.”

The original promo was removed from SNL’s YouTube site shortly before 4 p.m. Wednesday, and replaced less than an hour later with an “updated” version from which the Carson sketch, and two others, were removed. NBC’s entertainment publicity team did not respond to an inquiry about the switch.

Here are the replaced promos:

Meanwhile, demonstrations are going on outside NBC in midtown Manhattan, calling on the network to dump Trump: