TERRORISM. Germany cancels soccer match in Hannover over “concrete” information about a terrorist bomb threat: “Authorities in Hanover, Germany, abruptly called off a friendly soccer match between Germany and the Netherlands that Chancellor Angela Merkel had planned to attend to show resolve against terrorism and support for the victims of the Nov. 13 attacks that killed at least 129 people in Paris. One target of Friday’s attacks was a crowded soccer match at a stadium north of Paris.” No explosives have yet been found at the stadium. 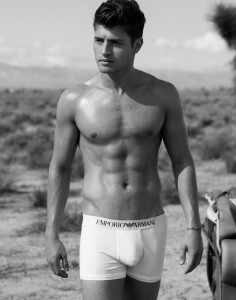 STRIPPED. Faking It actor Gregg Sulkin strips down to his underwear for Flaunt magazine.

MEDIA. Gawker announces it will rebrand itself to focus entirely on Politics: “Gawker’s founder, Nick Denton, wrote in a memo to staff that the site would seize on the 2016 campaign cycle to ‘reorient its editorial scope on political news, commentary and satire,’ according to The New York Times. ‘Is there any doubt that the 2016 U.S. presidential election campaign, a contest between reality-defying fabulists and the last representatives of two exhausted political dynasties will provide rich new opportunities for sensation and satire?'”

CHRISTMAS TIME. Trailer for Bill Murray’s A Very Murray Christmas drops: “In it, [the] actor is celebrating Christmas by partying with George Clooney and Miley Cyrus because why not. And they’re not the only A-list stars to appear in the Netflix original; the movie also features everyone from Amy Poehler to Chris Rock to Rashida Jones.”

MEOW. Stray cats become viral stars of the G20 summit in Turkey: “[F]or a brief moment, the summit was taken over by cats that emerged unannounced onto the stage to trot around and sniff a few flowers before yielding the spotlight back to the dignitaries…The cats are reportedly strays — but one reader used the CBC’s Facebook page to take issue with that label, replying: ‘They’re not strays. They’re the leaders of Kittistan and Catlandia.'”

MILITARY. US tests new nuclear gravity bomb in Nevada: “The US launched a third flight test of the newly upgraded B61-12 nuclear gravity bomb, which it says shows the nation’s ‘continued commitment to security.’ The launch was completed by the US Air Force and the National Nuclear Security Administration (NNSA).” 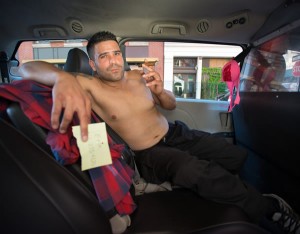 CALENDAR. The Warwick Rowers are getting some competition in the charitable man-flesh calendar game…from the real cabbies of NYC.

ISLAMOPHOBIA. A round-up of prominent Republicans’ comments on Syrian refugees.

AWARDS. Barbra Streisand, Stephen Sondheim, Steven Speilberg, Gloria Estefan and others to be honored with the Medal of Freedom next week: “I look forward to presenting these 17 distinguished Americans with our nation’s highest civilian honor,” said President Obama, “From public servants who helped us meet defining challenges of our time to artists who expanded our imaginations, from leaders who have made our union more perfect to athletes who have inspired millions of fans, these men and women have enriched our lives and helped define our shared experience as Americans.”

MEN. Who will be People Magazine’s sexiest man alive? A look at this year’s top contenders.

THE GIRLY SHOW. Tina Fey and Amy Poehler to host SNL on December 19, just in time to make your Christmas dreams come true.