Caitlyn Jenner was in Des Moines, Iowa on Saturday and hoped to attend the Democratic Debate, according to a story in the L.A. Times about CBS News director John Dickerson, and the last minute changes that needed to be made to the debate following the Paris attacks. 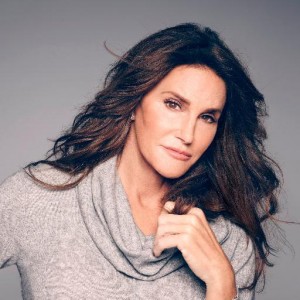 Jenner is a Republican, a fact that was much discussed during her coming out as transgender, when many questioned how she could support a party which shows so little support for, and often active hatred towards LGBT people.

When interviewed about her desire to attend the Democratic Debate, Jenner told the L.A. Times that she still plans to vote for a Donald Trump or a Ben Carson or someone else in the GOP clown car:

There were minor decisions to be attended to as well. Caitlyn Jenner, who as Bruce Jenner was a Drake Relays champion in 1976, was in Des Moines visiting the university campus with her reality show producers. Although a Republican, she asked for a ticket to the debate. The request went all the way up to CBS News President David Rhodes.

“Our person told her person that we don’t have any tickets left, which happens to be factual.” Rhodes said.

(Jenner told The Times that she did not get into the debate hall but that she was able to watch it on television with students on the Drake University campus. She said she still planned to vote Republican. “They didn’t convince me,” she said.)

In related news, Jenner has been criticized for being named Glamour’s Woman of the Year, most viciously by actress Rose McGowan, who lambasted her in a since-deleted Facebook post:

“Caitlyn Jenner you do not understand what being a woman is about at all. You want to be a woman and stand with us- well learn us. We are more than deciding what to wear. We are more than the stereotypes foisted upon us by people like you. You’re a woman now? Well f**king learn that we have had a VERY different experience than your life of male privilege. Woman of the year? No, not until you wake up and join the fight. Being a woman comes with a lot of baggage. The weight of unequal history. You’d do well to learn it. You’d do well to wake up. Woman of the year? Not by a long f**king shot.”