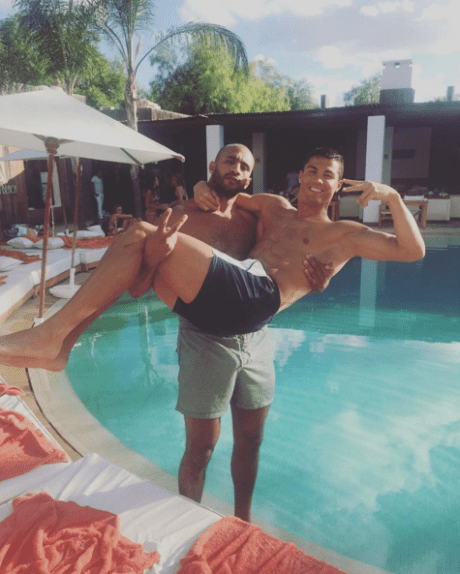 Soccer star Cristiano Ronaldo says that “personal problems” have plagued him this season contributing to what one British tabloid referred to as his “up-and-down form.”

That tabloid, The Sun, suggests that those personal problems have something to do with media speculation that Ronaldo is gay and in a relationship with Moroccan kickboxer Badr Hari. The Sun‘s headline says it all: “Cristiano Ronaldo admits ‘personal problems’ are affecting form after ‘gay relationship’ revelation.”

The “revelation” The Sun refers to is a claim made by a French TV presenter who picked up on Spanish tabloid gossip about Ronaldo and Hadri and shared it with his audience of more than 400,000 viewers: ”

The studio audience was heard gasping when Riolo said: ‘Ronaldo takes three or four jets a week to see a friend in Morocco to cuddle.'”

However, Cristiano’s remarks on his “personal problems” were vague at best:

He told Spanish TV station Antena 3: “I have been below my level.

“You have to take into account that I have had some personal problems.

“I would prefer to keep them to myself — but I am in a better place now.”

The Portuguese ace netted FOUR goals as his side thrashed the Swedish minnows to secure top spot in Champions League Group A.

But that goal-rush came after a rollercoaster start to the season which has seen motivation called into question.

Check out photos of the “bros” below: