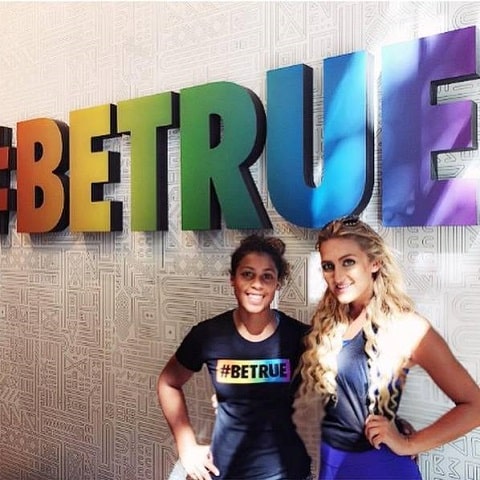 Ruling in the case of two women who are suing a California university for discrimination, a federal judge has said that discrimination based on sexual orientation falls under the purview of Title IX.

U.S. District Judge Dean Pregerson’s finding gives a broader interpretation to the 1972 statute that prohibits sex discrimination in schools and colleges. It will allow the two former basketball players to proceed with a lawsuit against Pepperdine University alleging they were harassed and discriminated against because they were dating.

According to Layana White and Haley Videckis (above), the team coach wanted them off the team because their relationship “would cause the team to lose games.” The Los Angeles Times notes that the complaint alleges the women were questioned about their sexual orientation and asked to provide access to their gynecological records.

RELATED: Pepperdine University Blocks LGBT Club Because Homosexuality is Not ‘God’s Will’

Pepperdine had argued that Title X does not cover claims based on sexual orientation. However, Pregerson said the alleged maltreatment of Videckis and White turned on the nature of each individual’s sex in the same-sex relationship.

Previous Post: « Why the SpaceX Rocket Landing is Great for NASA
Next Post: New ‘Super Condom’ Prevents HIV, Enhances Pleasure, And You’ll Never Guess Where It Was Invented »