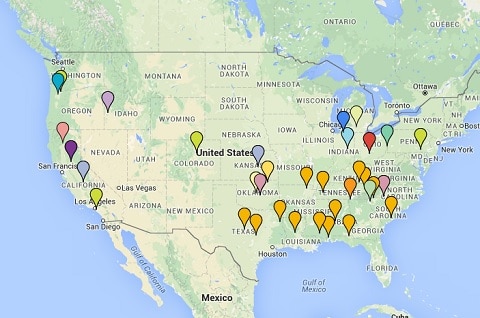 Almost thirty religious educational institutions have received waivers from the federal government allowing them to ignore sections of Title IX requiring protections for gay and transgender students and staff.

According to official documents, another nine schools have waiver applications pending.

Passed in 1972, Title IX provides that on the basis of sex, nobody should be “excluded from participation in, be denied the benefits of, or be subjected to discrimination under any education program or activity receiving federal financial assistance.”

However, a provision of the law allows any institution that is “controlled by a religious organization” to ignore Title IX if it is not “consistent with the religious tenets of such organization.”

The 27 religious colleges and universities that have received the “right to discriminate” waiver have received close to $130 million in federal research grants and student aid.”

The Column reports that documents obtained under a Freedom of Information Act request show that these schools plan to expel or deny enrollment to trans students and to target gay students and staff for discrimination.

Speaking at a conference in September, Jim Davids, a law professor at Pat Robertson’s Regent University, voiced the concerns of many of these institutions, referring to “two former students dismissed for lesbianism” who sued a Christian school and “a young man who thought he was a woman” who sued California Baptist University.

“Discrimination is never okay. For these schools to espouse that their religion sanctions discrimination against any young person is careless and life-threatening. This list needs to be made public every time a school files for a Title IX exemption. It is shameful and wrong.”

“If a college receives public funding,” he added, “it should have to follow public laws. The government would be perfectly within its rights to make taxpayer funded aid to these colleges contingent on compliance with generally applicable nondiscrimination laws.”

See The Column’s report for full details of the schools that have received and have applied for an exemption, which includes details of religious affiliation and Federal funding in 2014.

Previous Post: « Eliot Sumner, the Child of Sting and Trudie Styler, Comes Out, is Also Non-Gendered
Next Post: Matthew Dempsey Gets Real About Gay Men and Slut Shaming: WATCH »