FASHION. Gender-neutral fashion is one of 2015’s big trends: “…the interchangeability of male and female characteristics not only means big headlines, it also means big profits. This spring saw Selfridges unveil Agender, a unisex shopping experience, which helped buoy sales across the London department store; Alessandro Michele resorted to pussy-bow blouses and body-conscious lace tops in his debut for Gucci, ushering in a new era for the Italian brand; while female models have extended their services to men’s shows, walking for Gucci, Giorgio Armani, Givenchy and AMI, among others.”

Androgyny has become a hot-button topic on runways and beyond: https://t.co/fctJx55DrW pic.twitter.com/k3sMaOaRPn

PHARMA-DOUCHE. Martin Shkreli resigns from Turing Pharmaceuticals following arrest for fraud: “The 32-year-old pleaded not guilty in Brooklyn federal court on Thursday to seven counts of securities fraud and conspiracy. He was released on bail and tweeted: ‘Glad to be home. Thanks for the support.’ The charges are unrelated to his tenure at Turing. United States attorney Robert Capers of the eastern district of New York has accused Shkreli of operating a Ponzi scheme that had cost investors more than $11m. According to Capers, Shkreli used another biopharmaceutical company, Retrophin, as his ‘personal piggybank’ and duped investors into investing in his company by lying about its success and its assets.”

THE FORCE CONTINUES. A couple of Storm Troopers and R2D2 stopped by The White House today.

NUTJOB. Rightwing-nut Linda Harvey calls HRC Corporate Equality Index, “a huge fascist scheme to reward homosexual, this immoral behavior, and I can’t imagine how many hundreds of thousands of stories there are out there that we never hear about of people in the workplace whose views are silenced and feel like they work in a concentration camp.”

HATE CRIMES. Attacks targeting American muslims have seen a sharp increase since the Paris and San Bernardino attacks: “Hate crimes against Muslim Americans and mosques across the United States have tripled in the wake of the terrorist attacks in Paris and San Bernardino, Calif., with dozens occurring within just a month, according to new data. The spike includes assaults on hijab-wearing students; arsons and vandalism at mosques; and shootings and death threats at Islamic-owned businesses, an analysis by a California State University research group has found.”

I AM CAIT. Barbara Walters names Caitlyn Jenner as her “most fascinating person of the year.”

DATA BREACH. Bernie Sanders has sued the DNC after it revoked his campaign’s access to its voter file database: ““The leadership of the Democratic National Committee is now actively attempting to undermine our campaign. This is unacceptable,” Sanders’ campaign manager Jeff Weaver told reporters at a press conference Friday afternoon. “Individual leaders of the DNC can support Hillary Clinton in any way they want, but they are not going to sabotage our campaign — one of the strongest grassroots campaigns in modern history.”

DOH. 41% of Donald Trump’s supporters are in favor of bombing Agrabah–the fictional Middle Eastern kingdom where Aladdin lives in the Disney movie: “Public Policy Polling conducted the automated national poll of Republican primary voters and chose to slip in the question among more serious ones. The organization usually includes fun suggestions by soliciting ideas from users on social media, according to Justin Mayhew, a communications specialist for PPP. A Twitter user suggested they ask about bombing a fictional Arab country, to which Executive Director Tom Jensen thought of using Aladdin’s homeland. Due to strong, anti-Muslim language coming from conservatives, PPP wanted to show those surveyed were willing to bomb any country that sounds Middle Eastern, Mayhew said.”

BAD TRIP. Canadian tourist kills British man while on ayahuasca trip in Peru: “A 29-year-old Canadian allegedly stabbed to death a British tourist after the two drank a hallucinogenic brew at a spiritual retreat in the Peruvian Amazon…The hallucinogenic cocktail ayahuasca, also known as yage, has been venerated for centuries by indigenous tribes in Brazil, Peru, Ecuador and Colombia as a cure for all sorts of ailments. But it’s also increasingly consumed by Western tourists looking for mind-altering experiences, sometimes with deadly consequences.”

PIN-UPS. Ripped and Stripped wants to grace your walls in 2016 (work-unfriendly). 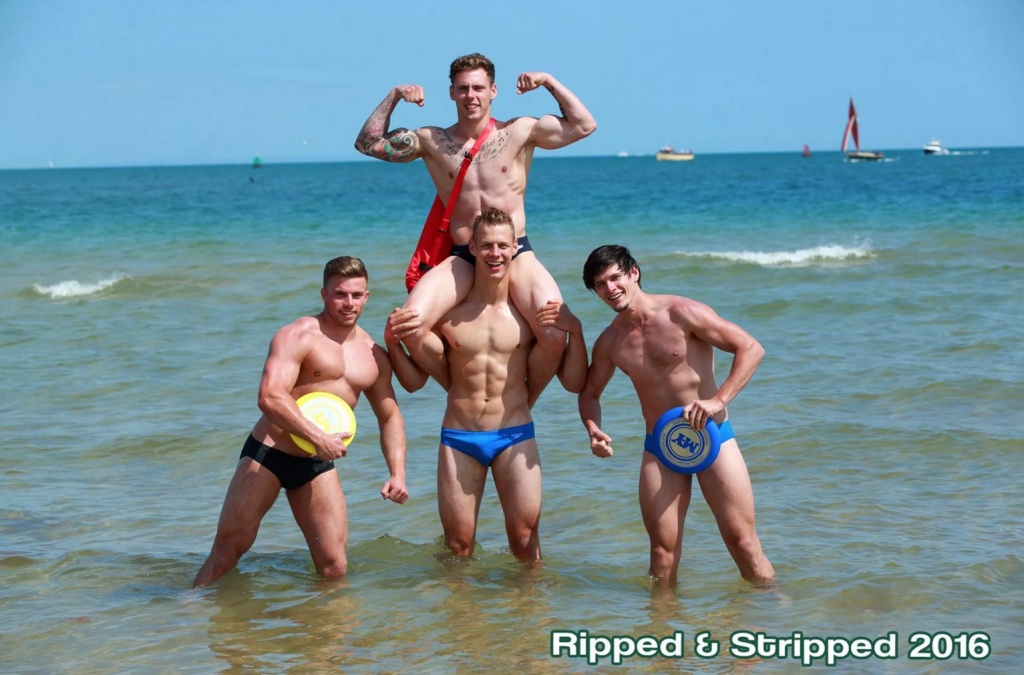