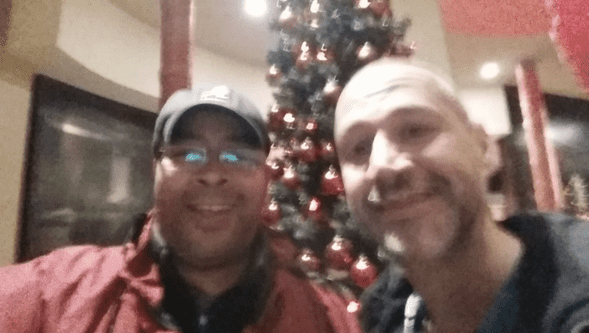 A gay couple from Maryland were beaten by a gang of teens while riding the Washington, DC metro late last month.

Around 1 AM on November 22, Calvin Lawrence and Joseph Cowart found themselves at the center of an assault that took place on the Green Line after Cowart tried to defend a teen who was being robbed by a teenage girl. 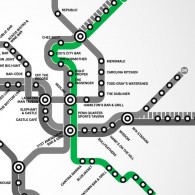 Lawrence and Cowart allege that their please made to the train’s conductor over the emergency call box to call the police were ignored. The couple also say the official police report of the incident mistakenly says the conductor was responsible for ultimately calling the police. Lawrence and Cowart say police were only summoned after they were able to enlist a Metro station employee to help when the train made a stop.

Speaking with The Washington Blade, Lawrence says his boyfriend, Cowart, was called “faggot” while being beaten by the gang of teenagers. Yet, he says, the police are not investigating the attack as a hate crime.

The train conductor is also not being investigated for acting improperly.

Lawrence recounted the attack to The Blade:

“By the time I got to [Cowart] the girl had pounded him in the head,” he said. “And then all of a sudden out of nowhere 12 teenagers had him down on the ground kicking him in the head, stomping him in the chest,” Lawrence recounted. “I threw myself into the middle of it,” he said, adding, “I tried to get him up and they stole his iPad and iPhone and all of that.” Lawrence said he was especially concerned because [Cowart] had suffered a stroke 10 years ago due to a ruptured blood vessel in the left side of his brain near where the attackers were hitting him in the head.

In the midst of the commotion he managed to pull [Cowart], who was bleeding, away from the attackers and joined other passengers in fleeing into another train car, Lawrence said. To his and [Cowart]’s dismay, he said the train conductor continued to operate the train, stopping briefly at the next few stations and continuing along the Green Line route.

Lawrence said he and [Cowart] stepped into the door and looked into the station each time the train stopped, but were afraid to get off because the stations appeared deserted and they feared the attackers – who could be seen in the next train car – might come after them. […]

Lawrence said he was troubled when told by the Blade that the Metro Police report doesn’t list the incident as a hate crime.

“They were making fun of him before they fully came up because his right side – he doesn’t have full use of it,” said Lawrence in describing the effects of [Cowart]’s stroke.

“Sometimes his hands sit in a certain way,” Lawrence said. “And the kids were walking by doing that gay fag thing. And when the guy was kicking him he was calling him fag.”

Police have released the below photo of a woman they have identified as a person of interest in the attack. 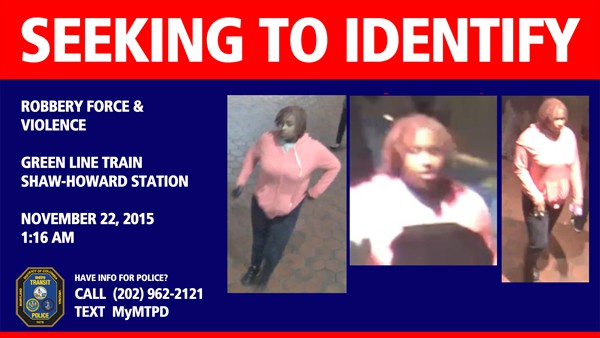