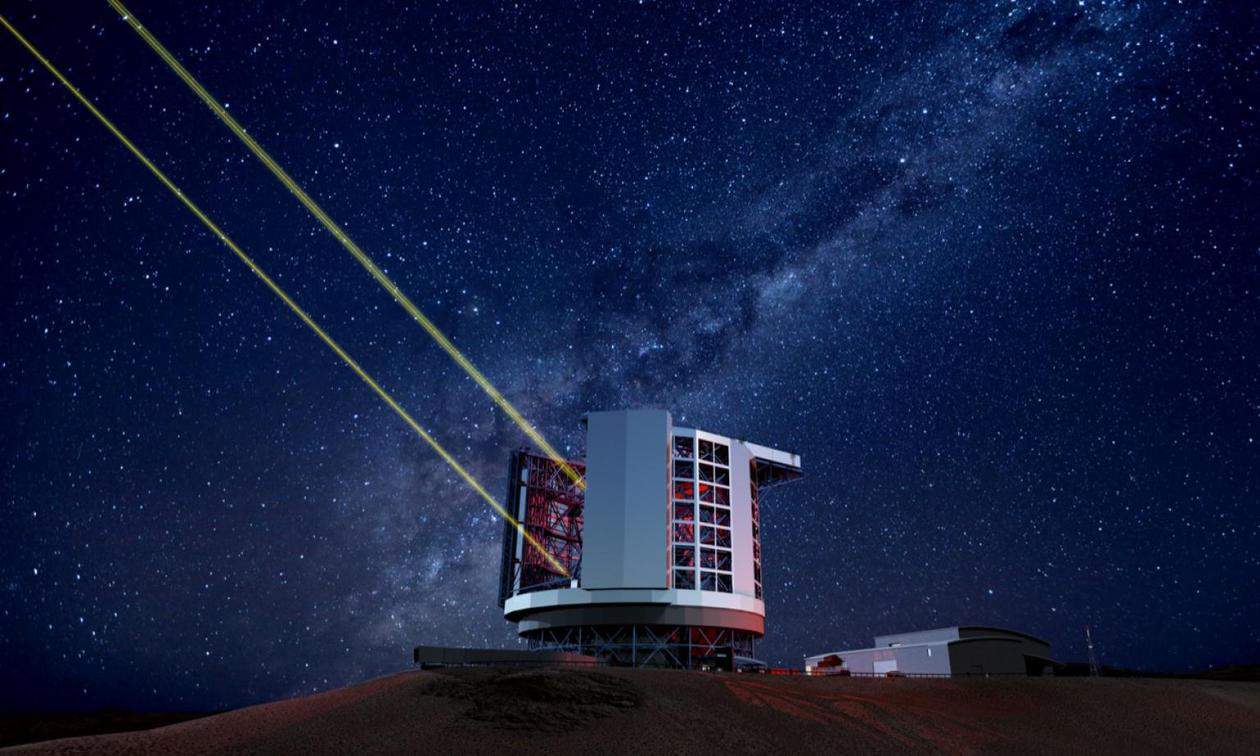 LIMA, Peru — On a remote hilltop 8,000 feet above sea level in Chile’s Atacama Desert, scientists hope to answer one of the most fundamental questions facing humankind: Is there life elsewhere in the universe?

That’s one of various goals of the Giant Magellan Telescope, or GMT, now in the early stages of construction and scheduled to start scanning outer space in 2021. Once it does, it’s expected to offer views of the farthest depths of the universe ever achieved.

With seven curved mirrors giving it a record optical surface 80 feet in diameter, the GMT will have the sharpest images of any telescope ever built. Its resolution will be 10 times better than that of the Hubble Space Telescope.

That will allow scientists to peer not just to the edge of the universe billions of light years away, but also effectively back in time. 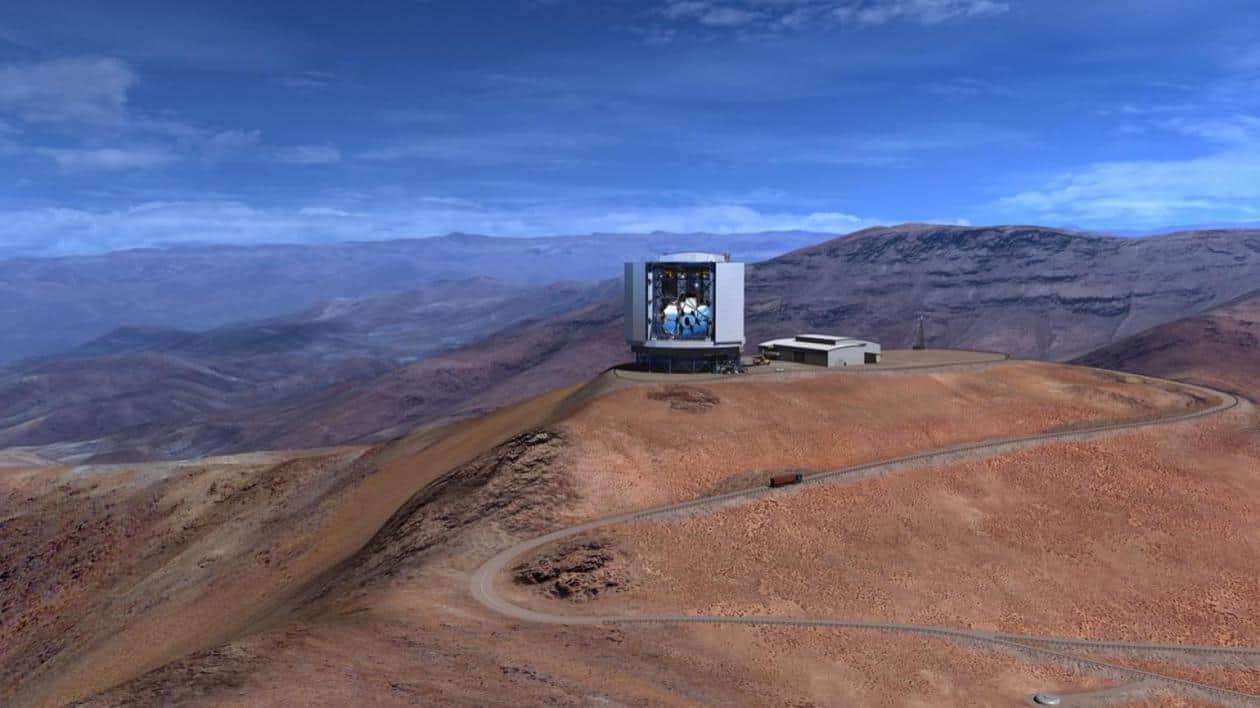 In particular, they hope to focus on the period between 50 billion and 100 billion years after the Big Bang. That’s the period when most stars, galaxies and black holes began to form — and when the conditions for the start of life on many other planets were most optimal.

But if that sounds challenging, then bear in mind that the telescope will be seeking out planets in the “habitable zone” similar to ours, with water, moderate temperature fluctuations and a stable atmosphere. In most cases, those planets are outshone billions of times by the neighboring stars around which they orbit.

“Are we alone? That is a fundamental question that every human being is interested in answering,” says Patrick McCarthy, GMT president and a Carnegie astronomer. “We are very lucky to be living at a time when we can begin attempting to answer it.”

“Even when I was a graduate student, in the ’80s and ’90s, there was a certain degree of pessimism. It was that we are either on our own in this universe, or else extremely rare. That has changed very quickly, with various breakthroughs in the science,” he adds.

Even if just one star in a billion has a planet in the habitable zone, McCarthy says that still leads to significant odds of life developing elsewhere in the universe. There are 100 billion stars in the Milky Way, one of just 100 billion galaxies. He says there could be as many as “10 to the 15th” habitable planets out there.

If the telescope is successful in picking up the first signs of extraterrestrial life — even if it’s just a few microbes rather than “intelligent” beings — it would be one of the most sensational discoveries in the history of science.

It would also silence the doubters, who still remain a significant minority of experts on the subject.

The consortium behind the GMT is made up of a host of colleges and research centers from Australia, Brazil, Korea and the United States, including Harvard, Texas A&M, the Universities of Arizona, Chicago and Texas at Austin, as well as the Carnegie and Smithsonian Institutions. So far, they have already raised $500 million of the project’s total $1 billion cost, enough for them to decide to move ahead with breaking ground in Chile in November.

The site they have chosen in the Atacama desert is one of the driest areas on Earth. It’s ideal not just because there are roughly 300 days a year without clouds, or because of the altitude. The area also lacks human settlements nearby that give off the kind of ambient light that makes it harder to view the stars, a problem that’s lessened the effectiveness of some other large telescopes around the world. The Chilean site is so remote that the project’s planners believe that even in 50 years, there will still be no people residing or emitting light from their homes and businesses anywhere near the GMT.

That has also allowed them to invest in some truly astonishing technology. 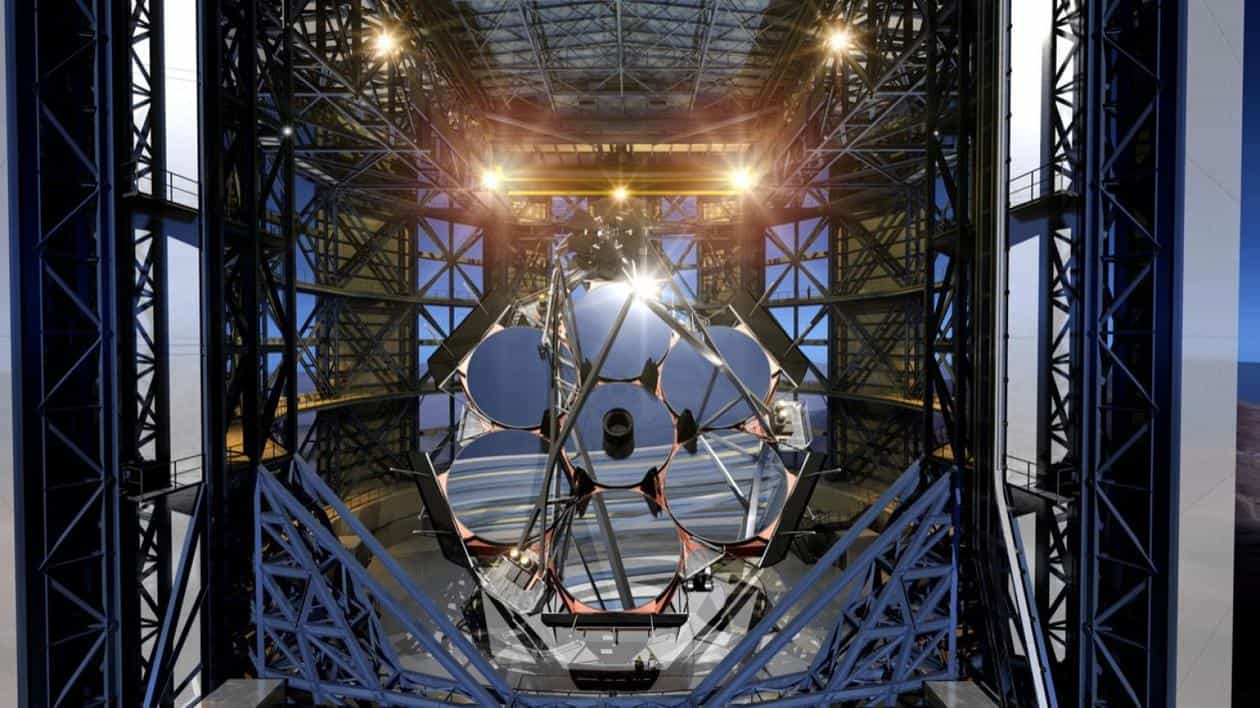 The telescope’s secondary mirrors will be made from honey-combed glass. That makes them unusually light, but also lets them flex and bend, to compensate for atmospheric turbulence distorting light from distant galaxies.

It’s that kind of turbulence that causes stars to twinkle, but which also presents a headache for astronomers. By flexing tiny portions of their reflecting surface up to 500 times a second, the GMT’s mirrors will give scientists a clearer, stable image.

“Glass has this wonderful property that when you bend it — so long as you don’t break it — unlike metal it has no memory of being bent and returns to its original shape,” McCarthy says. “Glass is pretty stiff. You don’t have to bend it very much.”

But now, as the GMT team reaches for the skies, the first step toward putting the telescope in place is building its foundations by digging a huge hole on that Atacama hilltop.