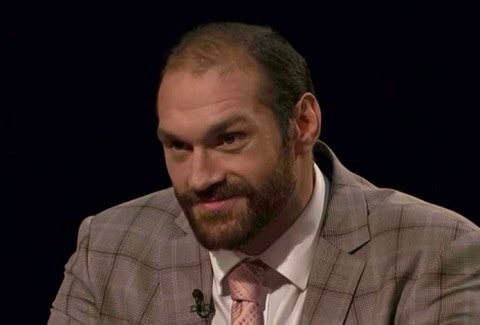 The BBC is facing a backlash for nominating extreme anti-gay boxer Tyson Fury for its Sports Personality of the Year Award.

“There are only three things that need to be accomplished before the devil comes home. One of them is homosexuality being legal in countries, one of them is abortion and the other one’s paedophile.

“Who would have thought in the 50s and 60s that those first two would be legalised? When I say paedophiles can be made legal, that sounds like crazy talk doesn’t it?

“But back in the 50s and early 60s, for them first two to be made legal would have been looked on as a crazy man again.”

Fury has since claimed that his comments were taken out of context.

RELATED: Boxer Who Appeared in Gay Adult Film Says He Was Drugged Into It

In a tweet last Sunday, Chris Bryant MP wrote that he will not support Fury because “his aggressive style of foul homophobia is precisely the kind that leads to young gay suicides.”

I'm not celebrating Tyson Fury's win. His aggressive style of foul homophobia is precisely the kind that leads to young gay suicides.

The winner of the award will be decided by public vote on December 20.

Watch a ridiculous face-off between Fury and Wladimir Klitschko below.

Previous Post: « ‘Scream Queens’ Reveals The Murderous Mastermind’s Motivation
Next Post: A New Giant Telescope Aims to Answer the Question: Is There Anybody Out There? »