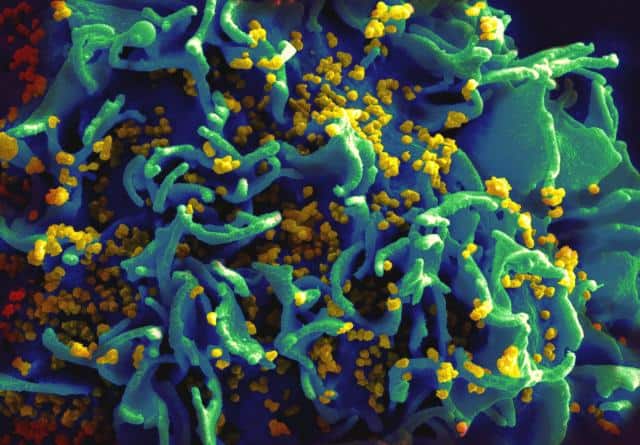 New clinical trials of an antibody to neutralize HIV in humans have proven successful and could help create a vaccine to protect uninfected individuals from acquiring the virus.

The drug is an antibody that neutralizes a broad range of HIV strains. The broadly neutralizing antibody, called VRC01, reduced the level of circulating virus more than 10-fold in 6 of 8 HIV-positive patients who had not received antiviral drugs.

The other two were found to have a strain of HIV resistant to the antibody. And in 15 people whose infection was already suppressed with antiviral therapy, the antibody had no effect.

In all 23 patients tested, the antibody was found safe. VRC01 kills about 90 percent of HIV strains.

RELATED: Watch the ENTIRE ‘Countdown to Zero’ VICE HBO Special on the Search for an AIDS Vaccine – VIDEO

Research surrounding VRC01 has aimed to “find and characterize” the antibody that exists in individuals who are healthy despite being HIV positive. The antibody typically only shows up in humans after an individual has been infected for a couple of years. By that time, the body is able to create more powerful antibodies to fight HIV. Antibodies created during initial stages of infection are often easily outmatched due to HIV’s ability to mutate. If these more powerful antibodies are able to be replicated they could prevent new HIV infections.

[Scientists] are reverse-engineering how the immune system makes these antibodies, so that a vaccine can be devised to stimulate uninfected people to make these powerful broadly neutralizing antibodies.

Such a vaccine would prime the immune system to stop HIV before it gets a foothold. […]

Because the antibodies are made by the body, after being “trained” by the vaccine, this approach is called active immunization. Administering a prepared broadly neutralizing antibody is known as passive immunization, because it doesn’t rely on an immune response from the patient. The antibody directly attacks the virus.

While active immunization is generally the best way to fight disease, an effective HIV vaccine hasn’t been yet developed. Sodeveloping more and better treatments to stop HIV remains a high priority.

Previous Post: « Sean Hayes Gets a Sugar High and Lip Syncs Barbra Streisand’s ‘Jingle Bells’ – WATCH
Next Post: ‘How to React to Bad Christmas Gifts’ by the Genuine Jerks: WATCH »