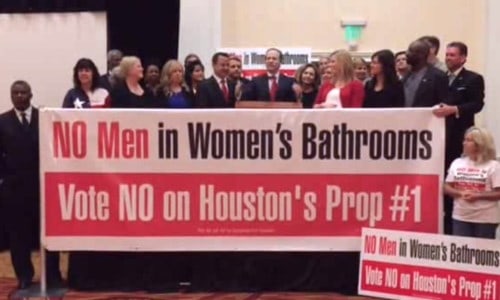 The Human Rights Campaign plans to review criteria for its Municipal Equality Index after it was discovered that the group awarded points to cities despite transgender exclusions in their nondiscrimination ordinances. However, HRC said it will not deduct points from those cities’ scores on this year’s MEI, the annual index released last week that ranks cities nationwide according to LGBT inclusion.

Two cities in Texas — Fort Worth and Plano — have provisions in their nondiscrimination ordinances that allow businesses to bar trans patrons from using restrooms and similar facilities according to their gender identity. But both Plano and Fort Worth received full credit for the ordinances from HRC on this year’s MEI.

HRC announced in January that it would not support the Plano ordinance due to the trans exclusion, suggesting the group was aware of the issue well before the MEI was compiled.

On Tuesday, in response to an inquiry from the Observer, MEI author and HRC senior legislative counsel Cathryn Oakley said the group intends to review related criteria in advance of next year’s MEI, an annual scorecard that rates cities nationwide according to LGBT inclusion. But Oakley said HRC has no plans to lower the scores of Fort Worth and Plano this year, even though the group has done so for other cities in past years when scoring problems were identified.

“To date, MEI criteria has looked at whether cities have ordinances that ‘include protections in places of public accommodation on the basis of gender identity,’” Oakley said. “But frankly that language is too broad to capture important nuances that reflect the work HRC has done on the the political front and demands as best practice. Recently, a number of unacceptable exemptions in ordinances have arisen and we are looking at how we could change the MEI so that cities must meet a higher bar.” 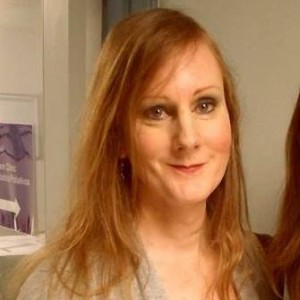 Not surprisingly, some trans advocates aren’t pleased. Nell Gaither (right), president of Trans Pride Initiative, was an outspoken critic of Plano’s ordinance, which passed in December 2014. From the Observer:

“Let’s pull back the curtain on the Gay Inc. Money Machine,” Gaither wrote last week. “HRC has tended to give wealthier municipalities like Plano higher scores. Why? Gets them more donations. … Who cares about marginalized and low-income persons left out; they don’t donate.”

HRC’s apparent oversight comes just as trans access to restrooms emerges as arguably the No. 1 issue facing the LGBT movement. Last month, voters overwhelming repealed Houston’s Equal Rights Ordinance based on false, fear-mongering ads suggesting it would allow men to enter women’s restrooms to prey on victims. Incidentally, HRC didn’t award Houston any points for nondiscrimination, and the city received a 48 on this year’s MEI, by far the lowest of any of the nation’s 10 largest cities.

Dominic Holden at BuzzFeed News took a look at how HRC and other LGBT groups are scrambling to come up with strategies for effectively responding to the trans bathroom myth in an in-depth piece this week:

“They keep on making the same mistakes over and over,” said Barbra Casbar Siperstein, a member of the DNC’s executive committee and political director of Gender Rights Advocacy Association of New Jersey, who spoke to BuzzFeed News in her own capacity and not on behalf of the organizations. “I really don’t see that they have a plan — have they learned from the Houston experience?”

Moreover, she continued, “If LGBT equality laws are being repealed locally, it’s going to make it impossible to do anything nationally.” …

“They absolutely have a responsibility to figure this out,” Justine Turnage, vice president of Arkansas’s Transgender Equality Network, said in a phone call with BuzzFeed News. “And the thing is, we are telling them how to approach this. If they are going to push these ordinances, and get us hopeful for new protections, then they need to be able to win it and make it stick. That’s going to require heavier emphasis on transgender issues.”