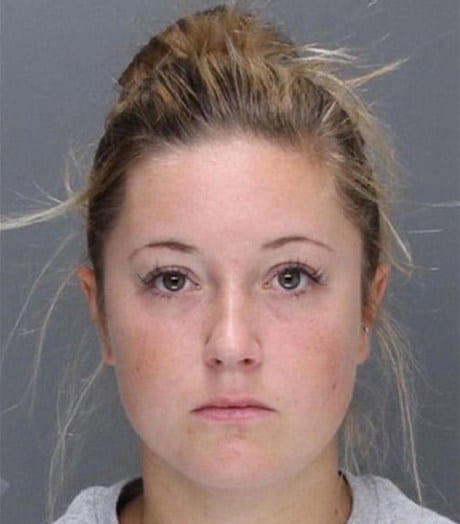 Accused Philly gay basher Kathryn Knott was found guilty on three of the lesser counts she was charged with in connection to a September 11, 2014 assault on a gay couple. All three of those charges are misdemeanor offenses.

Kathryn Knott convictions are all misdemeanors; she was acquitted of two counts felony aggravated assault

Throughout the trial, Knott maintained that she was innocent, that she tried to intervene to stop the attack on the gay couple in Philadelphia’s City Center neighborhood, and that her history of anti-gay tweets did not mean she is homophobic.

The jury in the case deliberated for only two days before returning their verdict on Friday.

Knott is the daughter of local police chief Karl Knott of Chalfont.

A Philadelphia jury Friday found Kathryn Knott guilty of simple assault and conspiracy but acquitted her of a more serious count of aggravated assault in an attack on a gay couple in Center City last year.

Knott, 25, bit her lips when the jury forewoman announced the guilty verdicts on the misdemeanor counts.

Afterward, Knott sat at the defense table and wiped away tears with a tissue before getting up and hugging her parents.

WHYY reporter Bobby Allyn reported some of the details following the guilty verdict on Twitter.

Jury found Knott not-guilty of most severe charge, aggravated assault. Still, she could face years in behind bars. Knott released on bail.

In empty courtroom, def atty Busico is talking softly to Knott around family as she cries with her glasses off.

Knott's atty: Knott is not homophobic. There's not a fiber of her being that's homophobic.

Jury foreman: "We just want Andrew and Zach to know that we love them. We love them."

ABC 6 adds of those other attackers involved in the anti-gay assault:

Knott is the only one who chose to go to trial in this case. Her co-defendants, Kevin Harrigan of Warrington and Phillip Williams of Warminster, pleaded guilty and were sentenced to probation and jail time. 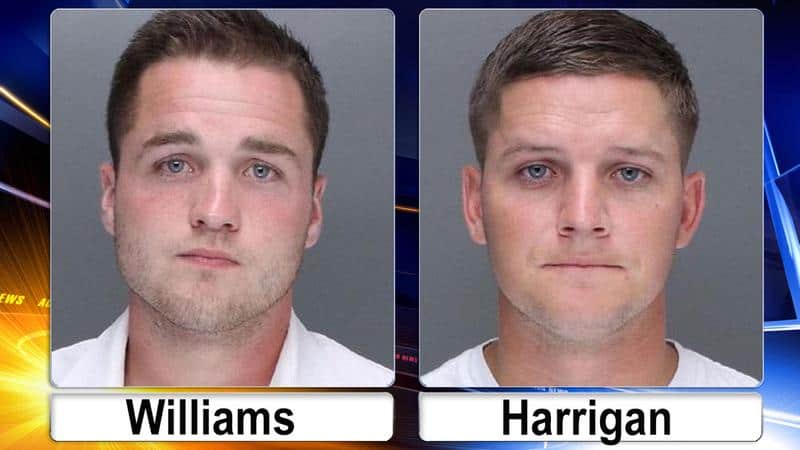 Allyn also reported on Friday that while most jurors wanted to convict Knott on all counts, two jurors put up a fight. The “she” referenced in the below tweets is the jury foreman.

She thought verdict should've been decided within an hour. She wanted to convict Knott of all charges. She's a retired HR worker from Philly

Another juror, 20-something male, says he wanted to convict on all charges, too.

Jury member told me that 10/12 jurors wanted to convict Knott on all charges. Two jurors put up a fight. They wouldn't describe them, though

Jurors who spoke to the press said about 10 of them wanted to convict Kathryn Knott on all charges, but they had to come to an agreement.

Reporter James Boyle suggests that the assault charges were quickly decided upon by the jurors, whereas the charge of conspiracy required more lengthy deliberation.

Another juror told Boyle, “My heart goes out to the victims.”

Another Kathryn Knott juror: "my heart goes out to the victims."

Knott may only face minimal jail-time for her crimes, according to McQuade.

Someone with extensive knowledge of Philly courts says there’s a good chance Knott does minimal jail time in city jail. Months, not years.

Knott won’t be sentenced until February 8 and is currently free on bail.

Kathryn Knott sentencing has been scheduled Feb. 8; she remains free until then.

Here, a photo showing Knott leaving the courthouse today after the verdict came down.

Watch a new report below:

Previous Post: « Keke Palmer Doesn’t Want to Be ‘Stuck Down to One Label’ When It Comes to Her Sexuality – VIDEO
Next Post: Indian Parliament Rejects Bill That Would Decriminalize Gay Sex »