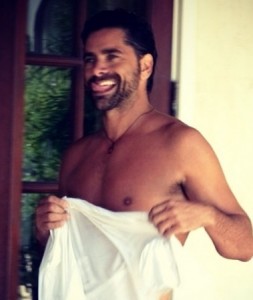 MUSIC. Kendrick Lamar, Taylor Swift and The Weeknd lead the 2016 Grammy Nominations. Rihanna and Madonna get snubbed. Check out the full list of nods.

REPUBLICANS. GOP candidates for president respond to Donald Trump’s call for an immediate ban on all Muslims entering the United States. Ted Cruz: “Well, that is not my policy.”

NUMBERS. Cruz now leads in the latest poll out of Iowa from Monmouth University: “If the caucuses were held today, Cruz would win with 24% support to Trump’s 19% backing. Marco Rubio comes in a close third with 17% and Ben Carson, who was beating Trump 32%-18% in the last Monmouth University poll, has fallen to 13% support. Behind the Cruz surge is support among evangelicals — a decisive voting bloc in Iowa — who selected Cruz over Trump 30%-18%.”

TELEVISION. HBO recaps 2015 and provides footage of what to expect in 2016, including glimpses at Game of Thrones and the Looking movie.

DESIGN. Locker room design in schools is way more posh than it used to be, but one problem persists: “Gym designers have rid locker rooms of the gnarly shower curtains, trading them in for sexy glass escape pods. They have made bathroom stalls ever more private. Comfy couch corners, Wi-Fi and lockers with built-in locks have gone from swank options to standard issue. … But gyms are still unable to provide the one thing younger men in particular seem to really want: a way for them to shower and change without actually being nude.”

VIRAL VIDEO. Video of shirtless Australian guys dancing goes viral: “Video of the dance moves has been viewed almost seven million times in less than a week on Facebook, and been shared more than 20,000 times.Social media users were divided on whether the guys could actually dance.”

MAGAZINES. Bernie Sanders won TIME magazine’s online poll for who should be named Person of the Year. Kim Davis lost–hard.

NOT AFRAID. Eagles of Death Metal performed with U2 at Paris concert on Monday: “‘These are our brothers, our fellow troubadours and they were robbed of their stage,’ Bono said. The American band from Palm Desert, Calif., was greeted at the AccordHotel Arena with a roaring standing ovation and then launched into their song, I Love You All the Time.”

ARCHAEOLOGY. New study suggests Stonehenge was first built in Wales: “The study, published in the current issue of the journal Antiquity, indicates that two quarries in the Preseli Hills of Pembrokeshire, in southwest Wales, are the source of Stonehenge’s bluestones. Carbon dating revealed such stones were dug out at least 500 years before Stonehenge was built — suggesting they were first used in a local monument that was later dismantled and dragged off to England.”