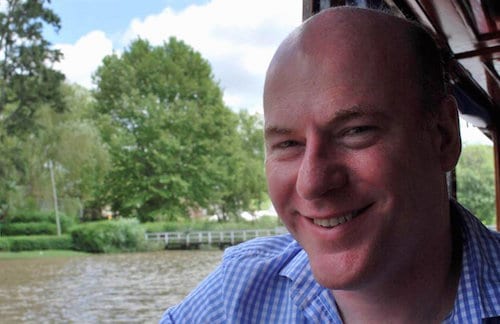 Trent Zimmerman is the first openly gay MP to be elected into the House of Representatives in Federal Parliament. Zimmerman, was elected on Saturday to a seat from North Sydney with 47.6 percent of the vote.

Zimmerman is the former vice-president of the Sydney Gay and Lesbian Business Association, GayNZ reports.

“To be the first (gay person) in Australian parliament is an important, historic event,” he said. “I’m extraordinarily proud the electorate didn’t see it as an issue. For me I’d love to see the day when sexuality wasn’t an issue, but I know it’s not there yet.”

The 47-year-old hopes his election will help people who are struggling with their sexuality and concedes as the first out MP it will be inevitable that he will bear a lot of responsibility for speaking out on LGBTI issues.

“My first priority will be my electorate… I promised to support the local IT (information technology) and innovation sector,” he said. “But I’m conscious I’m the only gay MP… and inevitably it will be the case (that I will speak out on LGBTI issues) .”

Zimmerman said marriage equality was the most important LGBTI issue and if he had been in parliament when the discussions about the issue were happening in the Liberal Party room he would have pushed strongly for a free vote.