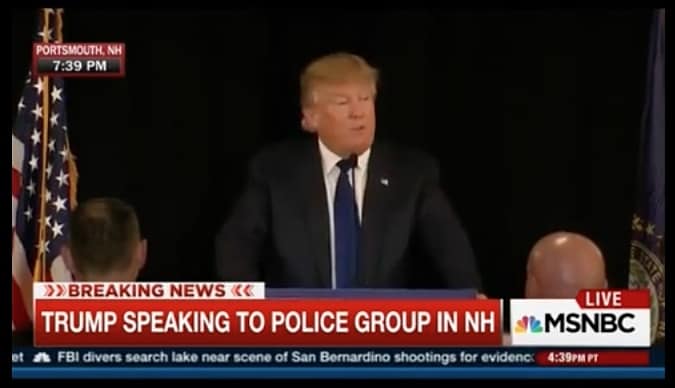 Donald Trump told a law enforcement group in New Hampshire that when he’s president he’ll issue an executive order mandating the death penalty for anyone who kills a police officer. Trump was speaking to the New England Police Benevolent Association, which had just endorsed him.

Previous Post: « Downton Abbey with American Accents is Bizarre and Hilarious: WATCH
Next Post: These are the 15 Best Albums of 2015 »