You are here: Home / Downton Abbey with American Accents is Bizarre and Hilarious: WATCH 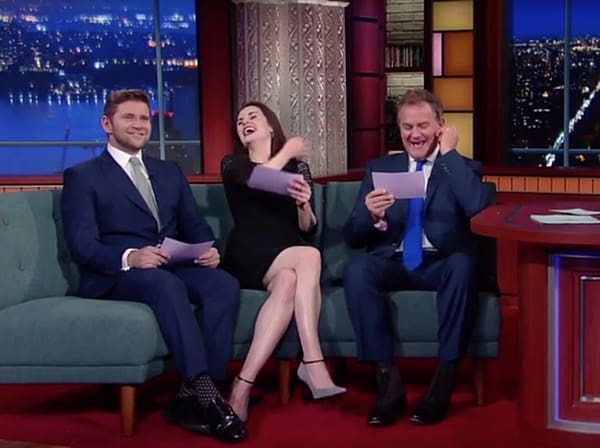 Downton Abbey’s Allen Leach, Michelle Dockery and Hugh Bonneville appeared on The Late Show with Stephen Colbert last night and Colbert asked them to read a scene from the show using American accents.

“I think part of [Downton’s] appeal for Americans is we hear [the British] accent and we think of it as very classy,” said Colbert.

But THERE’S A TWIST:

Previous Post: « Catholic Priest Embezzled $1M from NYC Churches, Paid It to Bodybuilder ‘Master’ for Sex: Lawsuit
Next Post: Trump: Anyone Who Kills a Police Officer Will Be Executed if I’m President – WATCH »