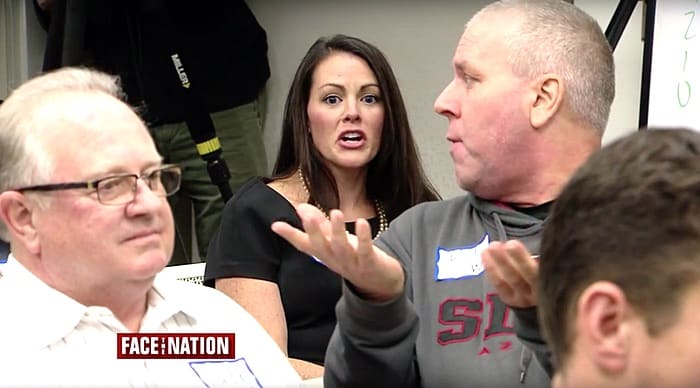 CBS’ Face the Nation contributor Frank Luntz gathered a focus group of rabid Donald Trump supporters to find out just what’s driving them to vote for him, and came to the conclusion that if Trump decides to run as an independent the Republican Party is in deep, deep trouble.

Citing “entertainment factor, persona,” and the fact that he would “bomb the sh-t out of ISIS” (which got a round of applause), Trump’s supporters went around the room and offered their reasons for voting for him, as well as the reasons they hate Obama. 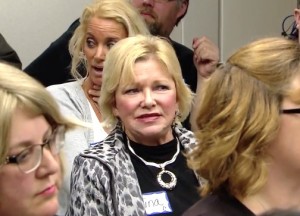 Said one woman: “You know what Trump does? He says something completely crazy and inflammatory. And I’m like, ‘oh my gosh.’ And then he dials back and sort of starts explaining it and saying how he would do [it]. And it makes sorta sense.”

Of Trump’s racist statements about Muslims, another man assured Luntz: “If Trump gets elected, he will have people who will coach him to make sure these type of things aren’t said out loud.”

The group seemed energized by Trump’s outrageous and racist statements. 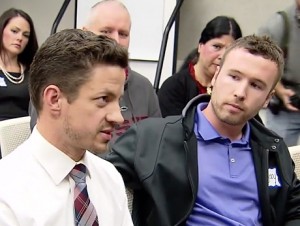 Most of the room seemed willing to vote for Trump as an independent and one man offered his opinion of what should be done to the GOP:

Said Luntz as a follow-up to the focus group: “If Donald Trump should decide to run as an independent the Republican Party will be in deep, deep trouble….By the way I blame the leadership of the GOP because Donald Trump does his worst in the presidential debates. If there were more debates where more candidates were standing side by side with Donald Trump, he would not be in the position that he is today.”

Previous Post: « This Hopeful TED Talk Proves the Desire for Equality Knows No Borders: WATCH
Next Post: NBA Referee Bill Kennedy Comes Out as Gay After Being Called a ‘Motherf–king Faggot’ by Ejected Player: VIDEO »