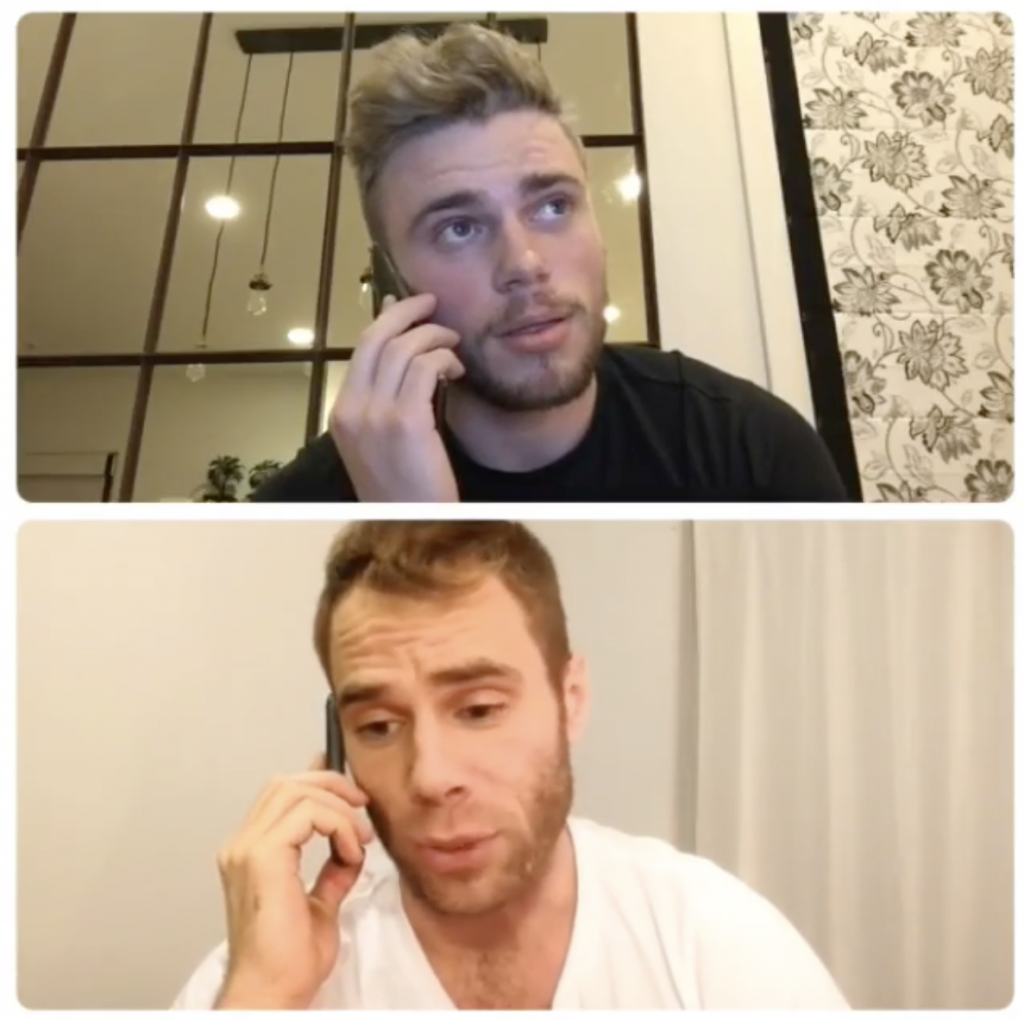 If you’ve been binge-watching Netflix’s show Making a Murderer, you’re not alone. Recently out gay Olympic free skier Gus Kenworthy and boyfriend Matthew Wilkas are seemingly just as obsessed with the show as everyone else.

In an Instagram video posted Wednesday night by Wilkas, he and Kenworthy recreate a scene from the show that has so many people talking. Wilkas captioned the video, “What talking on the phone with @guskenworthy is like after binge watching “Making a Murderer”.”

For those curious to compare Wilkas and Kenworthy’s take to the original, here’s a transcript of the moments they reference:

Barb: Well, you better just start putting your head on your shoulders, and start thinking.

Brendan: How can I? I’m really stupid, Mom. I can’t help it.

Barb: Why do you agree to everything then?

Brendan: ‘Cause I’m stupid, I told you.

Barb: You’re not stupid to me.

Brendan: Just like, well, his favorite animal is the same as mine.

See how Kenworthy and Wilkas measure up, below.