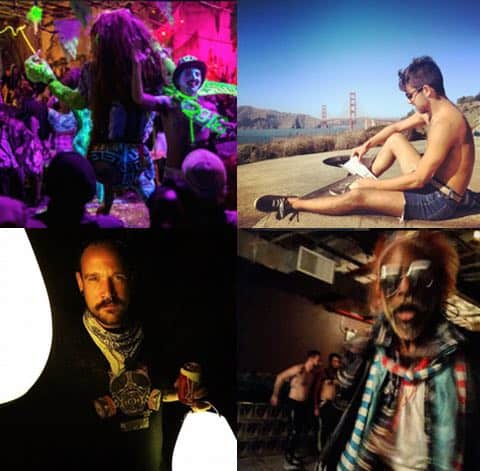 “I am a gay man above all else.” -Larry Kramer.

In that spirit, I’m Leo Herrera, a gay artist and activist. Here are my resolutions for gay family in 2016 and beyond.

We need gay artists to write, paint, dance, sing OUR stories. Our legacy of subversive and sexual art changed our world, educated generations and even made money. AIDS took so many of these artists but our new Mapplethorpes are out there, they just need encouragement and examples. Stop talking about that painting or book you want to make and just do it, even if it won’t sell or be published. Make it with honesty for a gay audience and you’ll always have support, no matter how inconsequential you fear it might be.

Get Off Your Damn Phone

Keep it off the dinner table, the bar and dance floor. Remember Grindr and Scruff are merely tools and not the only form of communication. “I erased Scruff off my phone” is something that’s said in the same way as when cokeheads talk about deleting their dealer’s numbers. It’s because these apps can be addictive, empty calories of a sexual & social diet. Cruising can be healthy if done right. Learn how to make eye contact with a gay stranger “IRL” because otherwise you’re missing a crucial part of the gay experience.

We’re losing square footage every year. Our stores, bars and sex clubs shut down because we forget they serve a purpose and were created at immense sacrifice. How about once this year you grab a group of sister-bros and get hammered at that “shitty gay bar” you’re always rolling your eyes at. Just enjoy the Top 40 hits and make friends with a tourist. When someone throws a party at a sex club or an illegal warehouse, don’t ask to be on the list, just pay the damn cover and keep these spaces alive. Bring a flask though, they do always gouge us on the drinks.

Accept Condoms are Not Noble

Entering another year of dialogue on PrEP, HIV and sex, can we ditch the morality bullshit? Can we accept that wanting worry-free sex is not a selfish whim but a right? Disease should have no dominion over our love. Get the words “cum dump” out of this conversation, it’s unbecoming. Yes, rising STD rates are a concern, but viewing gay sex strictly through the prism of disease robs us of intimacy, spontaneity and breeds shame and self-loathing. The only way to cure the damage AIDS left us is if we remember we’re on the same side. If all of this stresses you out, the best thing you can do is take a deep breath, get tested and treated for STDs while our community finds its balance.

Can we talk honestly about steroids, HGH and testosterone use? Can we stop pretending that some of these before-and-after gym Instagrams and the bodies in porn are the result of only hard work? The body fascism we’ve always been prone to has reached literally unnatural proportions. How can we preserve the right to body modification and improvement while still question the health repercussions? How do we examine what this does to a community’s self-esteem? And when the hell did being a “bear” go from being a chubby hairy dude to a guy on one roid cycle and month of not shaving?

Calm Down on Gay Marriage Already

“Gay Marriage” is for straight people. Commitments between homos have existed for a very long time. We just needed the straight community to recognize them, to give us the law and money we deserved, but that’s it. The road to that legal victory should be celebrated but we didn’t get anything new. However, as an army of concerned mothers prepare to ask us why we haven’t settled down yet, now’s a good time to examine what “marriage” means to us and our couplings, past cutesy viral marriage proposal videos. Can we take a moment to consider what it really means for two horny, territorial men to make a commitment that exists by its own rules and needs?

In the words of Penny Arcade, “You can’t call yourself fierce and ask for Safe Space in the same sentence.” Gay spaces have always been about a dangerous love. How about we focus on being present with one another (again, put down that phone) instead of spending so much energy creating social bubbles where nobody is offended and everyone absolutely has to be included. This hyper-sensitivity has reached comic proportions and leads to blandness and homogeneity. We are NOT all the same and that’s ok. Depression, isolation, substance abuse, sexual compulsion, anxiety. These are the actual dangers of our community, not wondering if we “triggered” someone with a single word.

When a video of an effeminate kid in a newscast, or a gay man reviewing a pie gets the attention of millions, are we fully aware that while our gay family is laughing with them, a huge number of people are laughing at them? Are we being honest that old flaming stereotypes and drag queens STILL dominate the main representations of Gay men? There is nothing wrong with enjoying the fruits of RuPaul’s labor, but where are images of intelligent, creative, sexual gay men? A generation of gay kids is being educated by pop and mainstream culture machines that are mainly interested in money and clicks. What are we as a community doing to create new iconography, new versions of ourselves?

Finally, in the words of the MTA Subway Posters…

“Be someone who makes it a better ride for everyone.”

Stop just talking about doing dinner and do it. Initiate moments to see each other outside of the club. Release the idea that it’s inevitable that a gay couple will end up watching TV and not see their friends. Travel together. Drag your depressed sisters out of the bathtub. Ask folks how they’re doing without needing to answer the same question. Keep building a web of community and you’ll be in awe of what it can provide for you: shelter, food, love…all of the things needed to be not just a healthy gay man, but a healthy human.

These are the resolutions from a single member of this incredible community, what are yours? 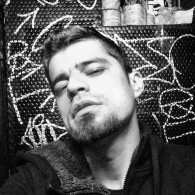 is a Mexican artist/activist and will be contributing to Towleroad in 2016. His work focuses on gay male history, sexuality and nightlife. Current projects include the film documentation of Blood Mirror protesting the FDA’s current ban on gay blood, as well as the recreation of 3 Eras of Gay Sex and 50 Years of Gay Male Culture. For more work, visit LeoHerrera.com and follow on Instagram.

All opinions expressed are those of the author. Photos by Leo Herrera and Josh Smith (NYE Image)