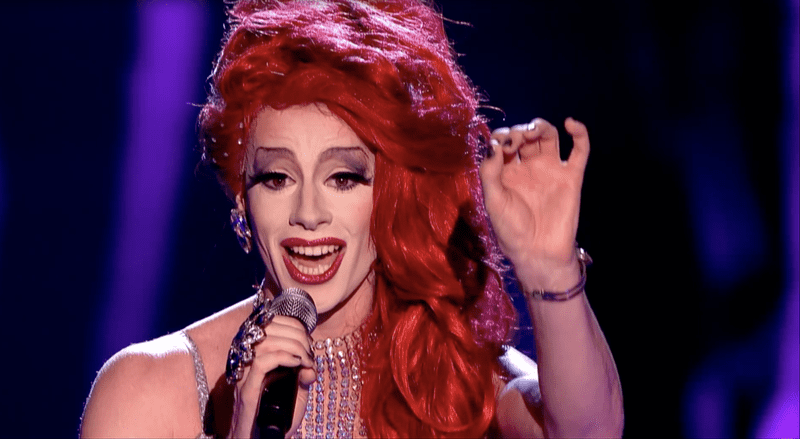 A popular British drag queen shocked the judges on The Voice UK with her operatic performance.

Divina De Campo, aka Owen Farrow, performed on the British version of The Voice this past Saturday, singing “Poor Wandering One” by Gilbert and Sullivan from The Pirates of Penzance. While the judges seemed to enjoy Divina’s performance, none turned their chairs before Divina finished her song. When the judges did finally turn around at the end they were shocked by what they saw.

The Manchester Evening News reports that judges Boy George, Paloma Faith and Will.i.am regret not turning their chairs for Divina:

Boy George, Paloma and Will have voiced their disappointment that they failed to press their buzzers for Divina, a familiar face in Manchester with weekly gigs in the Gay Village at Kiki, on the BBC1 singing contest.

The Black Eyed Peas rapper Will said on the episode screened on Saturday night: “I’m a little upset at not turning.”

And Paloma, who later joined Divina on stage to act as her backing dancer for a rendition of Jessie J, Nicki Minaj and Ariana Grande’s massive hit Bang Bang, told her: “You’re so beautiful. If I would have know I would have turned.”

She later said: “When I turned I realised I had really made a massive mistake.”

Boy George took to Twitter to express his regret.

So should have turned for Davina! I'm gutted! https://t.co/tRS9EWvN7b

De Campo also took to Twitter, sharing her gratitude for having the chance to perform.