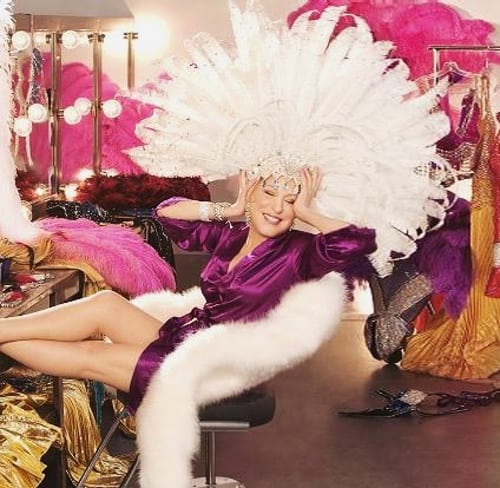 Bette Midler is returning to Broadway in the iconic role of Dolly Gallagher Levi in the musical Hello, Dolly!

Producer Scott Rudin will be bringing the Divine Miss M back to the Great White Way after having last hit the New York stage in I’ll Eat You Last: A Chat With Sue Mengers.

Jerry Zaks will direct and Warren Carlyle will choreograph the revival of Michael Stewart’s and Jerry Herman’s musical that first debuted in 1964 starring Carol Channing in the titular role. Hello, Dolly! is scheduled to open on March 13, 2017.

“Many times through the years I’ve been asked about bringing back Hello, Dolly! — and it has always been, ‘Who would be my dream Dolly?’ — and though I’ve had literally dozens of names tossed at me, I knew that we needed more than just a wonderful singer or a wonderful actor, so I held on to the hope that she would also be a distinctly original persona,” said Mr. Herman. “Who is out there that has the necessary stature, warmth, the incredible talent and ability, and especially the singular outsized personality that I was looking for in a twenty-first-century Dolly? Only one person: Bette Midler. Only Bette could bring Dolly brilliantly back to ‘the lights of 14th Street!'”

“I am looking forward to portraying one of the most beloved characters in all of American musical comedy, Dolly Levi, born Gallagher, in Hello, Dolly!” said Midler. “I know I’m going to have the time of my life, and I am so glad to be under the wings of Scott Rudin as producer and Jerry Zaks as director. See you next year!”

Midler also took to Twitter to share the big news, writing, “Yes, I am taking on the role of the beloved Dolly Levi in ‘Hello, Dolly!’. We open next year on Broadway! So excited!”

Yes, I am taking on the role of the beloved Dolly Levi in "Hello, Dolly!". We open next year on Broadway! So excited!

Check out window art for the upcoming production, below. 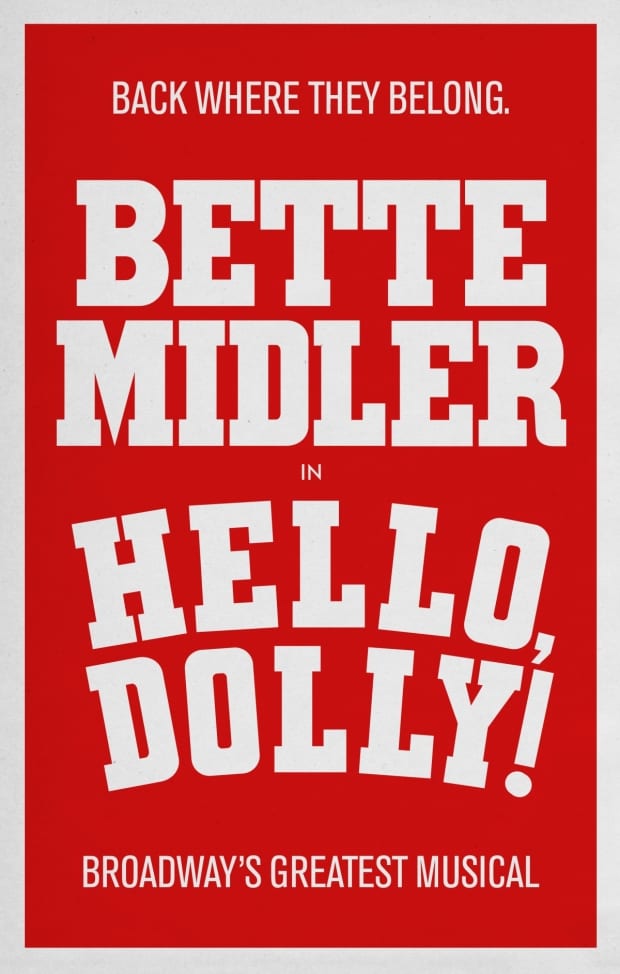