A student at the University of California Santa Barbara claims the school’s LGBT resource center is using tuition and tax dollars “to talk about how to sodomize overweight men.” 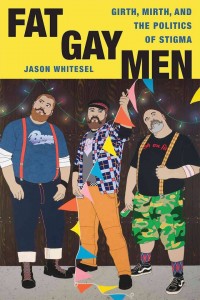 Flores told Campus Reform that he learned of the Jan. 20 event through an email from the UCSB Resource Center for Sexual and Gender Diversity, and decided to call attention to it with a Facebook post captioned, “Another day, another degenerate email from the UCSB LGBT Center.”

“As I understand it, they’re using taxpayer money and my tuition dollars to talk about how to sodomize overweight men, which doesn’t seem like the best use of that money,” Flores said. “I don’t think the university should be using my funds to hold a morally questionable event — they’re free to do it, but I’d rather they spent someone else’s money.”

Here’s the Resource Center’s description of the event from Facebook:

“To be fat in a thin-obsessed gay culture can be difficult. Despite affectionate in-group monikers for big gay men–chubs, bears, cubs–the anti-fat stigma that persists in American culture at large still haunts these individuals who often exist at the margins of gay communities. In Fat Gay Men, Jason Whitesel delves into the world of Girth & Mirth, a nationally known social club dedicated to big gay men, illuminating the ways in which these men form identities and community in the face of adversity. In existence for over forty years, the club has long been a refuge and ‘safe space’ for such men. Both a partial insider as a gay man and an outsider to Girth & Mirth, Whitesel offers an insider’s critique of the gay movement, questioning whether the social consequences of the failure to be height-weight proportionate should be so extreme in the gay community.”

Regardless of the controversy at UCSB, the book touches on a legitimate issue in the LGBT community. Slate’s Mark Joseph Stern wrote in a review of the book in 2014:

Billed as an ethnographic study, Fat Gay Men is as much a semi-comic romp as it is an academic treatise. It’s also more than a little sad. The fat gay men described in Fat Gay Men are tired of being ostracized by their communities—so they decide to ostracize themselves instead. In an attempt to escape the stigma of corpulence, fat gay men wear it as a badge of honor. These efforts lead to some great parties and, apparently, some great sex. But reading about them also leaves you with a sharp sense of melancholy. …

Not all fat gay men are resentful of fit ones, and not all fit gay men are condescending toward fat ones. But Whitesel touches on a real problem: Many gay men put a shockingly high premium on looks. Most pride parades are populated by unbelievably sexy gym bunnies in skimpy attire; a typical gay bar will feature a mind-boggling number of bulging biceps and rippling abs. It’s a tough market out there for an average-looking guy, let alone a tubby one. And if you can’t slip through the bear escape hatch, you’re bound to wind up a bit aggrieved.