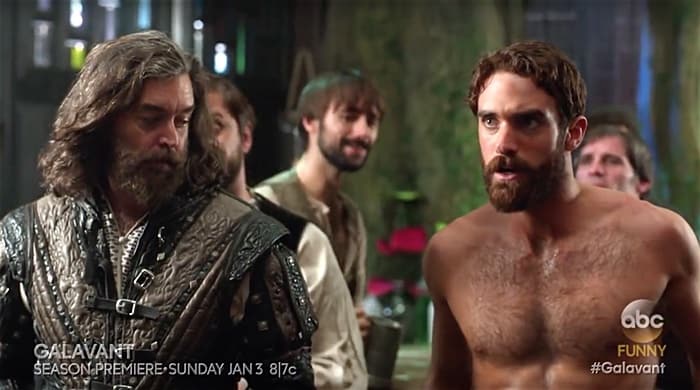 The second season of ABC’s fairy tale musical comedy Galavant kicks off tonight with an über-gay guest appearance by Kylie Minogue, who delivers a scene-stealing turn as a Queen demanding that dashing knight Galavant remove his shirt or be thrown in the dungeon or to The Bear.

RECENTLY: Jake Shears, Kylie Minogue and Nile Rodgers Get Down in NERVO’s ‘The Other Boys’ Video: WATCH

Galavant, played by Minogue’s real-life boyfriend Joshua Sasse, can (thankfully) do nothing but comply.

And here’s the first track if that hasn’t whet your appetite enough!