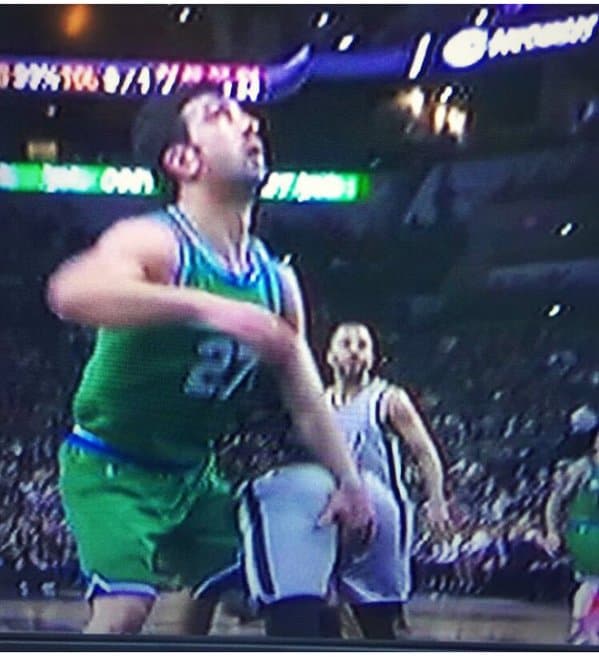 Talk about a rim job!

Patty Mills, a point guard for the NBA’s San Antonio Spurs, joked that he was a “bit sore” after Dallas Mavericks center Zaza Pachullia grabbed him between the butt cheeks and threw him to the floor during their game on Sunday.

Pachullia was called for a “Flagrant 1” foul, meaning the Spurs got two free throws and possession of the ball. However, the foul was actually called as a result of an elbow that Pachullia threw to Mills’ head, not the subsequent violation in the vicinity of his “taint.” Mills can be seen recombobulating himself as he walks away from the incident in the video below.

Sorry for what happened to you @patty_mills
Definitly a flagrant foul!!! https://t.co/qQhqJI29Bc

Then, even more juvenile hilarity ensued:

@manuginobili @Patty_Mills how did it feel to be cavity searched at a Spurs Game?!😮

Watch the foul below.