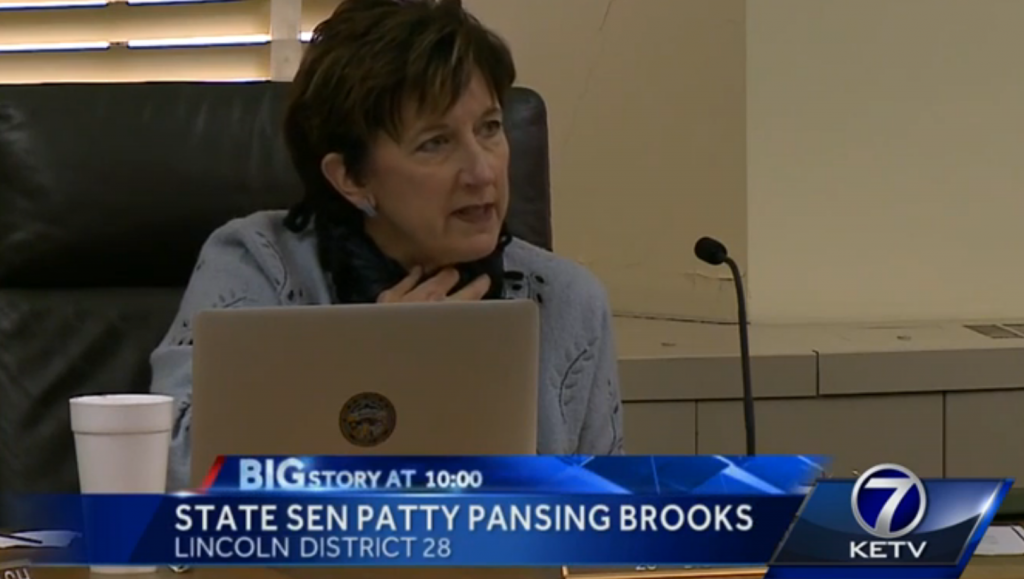 Nebraska lawmakers who want to repeal the state’s constitutional amendment banning same-sex marriage had some harsh words for those who would oppose the effort on Wednesday.

The only way to get rid of a constitutional amendment is to put it back on the ballot, and Democratic state Sen. Burke Harr has introduced a proposal calling for a public vote after the ban was struck down by the U.S. Supreme Court last year.

“I don’t want this kind of hatred to remain on our books for 80 years afterward,” Harr told a legislative committee, accordion to The Lincoln Journal Star.

Representatives from both the Nebraska Family Alliance and the Nebraska Catholic Conference spoke against Harr’s measure.

“Regardless of what a narrow majority of the Supreme Court may declare at this moment in history, the nature of human person and marriage remain unchanged and unchangeable,” said Greg Schleppenbach, executive director of the Nebraska Catholic Conference. “Five justices wrongly declared same-sex unions to be the equivalent of marriage,” he said, referring to the U.S. Supreme Court. Nebraska should not ascribe moral legitimacy to an erroneous judicial opinion.”

But Democratic Sen. Patty Pansing Brooks, who has a gay son and is apparently vying for mom of the year, eviscerated Schleppenbach.

“Enough hurt. Enough harm. Enough damage has been done by the religious institutions,” Brooks said. “For your groups to come in and continue to harbor on and hold onto the hatred and lack of respect and lack of compassion for my family and for many other families — I just cannot believe you are still doing this. It’s very hurtful. It continues the hatred. It continues the lack of respect that we have in this state. And I hope you can drop it.”

I am saddened by the continuing hatred and lack of love by groups professing to represent our beloved faith.

Democratic Sen. Ernie Chambers said he supports Harr’s proposal but doesn’t think voters would approve it, an outcome that could harm the state’s reputation and discourage “forward-looking people” from moving to Nebraska, according to the Associated Press.

“As backward, as bigoted as Nebraskans are, to make a point, they would vote no so that it wouldn’t be taken out,” Chambers said. “I want the record to be crystal clear that I predicted how intolerant, how discriminatory, how hate-filled the majority of Nebraskans are.”

Unfortunately, the Nebraska Legislature doesn’t post archived video from committee hearings, but there are a few clips from the proceeding in KETV Channel 7’s report HERE.