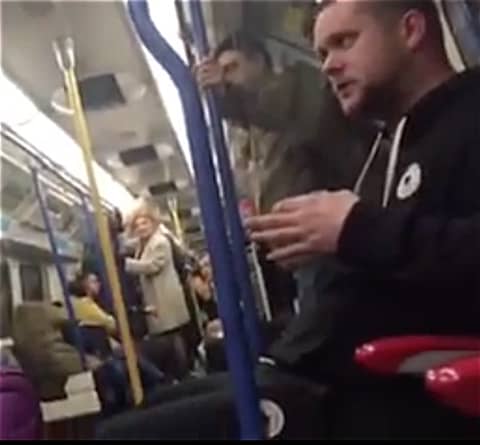 Londoner Ryan Mahon was riding home on the subway on New Year’s Eve in London when he encountered a raging homophobe attacking a drag queen on the Tube (subway). His defense of the drag queen, which he posted to Facebook, is quickly going viral. 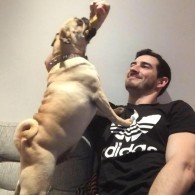 Said Mahon (pictured, right) in a post accompanying the video:

Had an amazing night celebrating New Years with great people!!

Unfortunately, on the way home I witnessed an absolute idiot shouting abuse at a drag queen on the tube. I then made the heinous crime of sticking up for her and this video shows what happened.
Luckily, having an amazingly open family, incredible friends and being born and raised in such a multi-cultural city as London this is the first time in the 5 years since I came out that I’ve had to deal face-to-face with such homophobic behaviour. However, it’s sickening to think that this kind of abuse still happens in today’s society when there is no place nor any need for it.

The guy in the video (and his friends who like to pipe up with random bullshit remarks) seem to think that being gay is sick and wrong. I think that discrimination, bigotry and general nastiness is sick and wrong. He seems to think that gay people have a negative influence on his child. I think having a father who thinks it’s acceptable to publicly shame others is far more of a negative influence.

The most disappointing thing of all, however, was that on an entire tube full of witnesses to what was happening I was the only one who spoke out. I understand it was 5am on New Years and most people just wanted their bed or a toilet to be sick in but all I know is that if anyone was on the receiving end of such disgusting behaviour they would want somebody to stand up for them.

I’ve been raised to accept people for who they are. Everyone has their own struggles and issues to deal with; don’t make their lives harder by being a wanker.

Like/share – let’s all begin the New Year with a daisy chain of love and stank!!