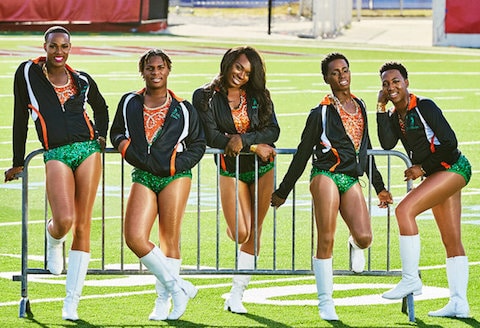 — We fell in love with the heart, talent and drive powering the fabulous Prancing Elites last season. The Alabama-bred “all-male black gay dance team” boldly flaunts gender, sexuality and their talents for a second season of The Prancing Elites Project, Tuesday at 8 p.m. Eastern on Oxygen.

— Out personal trainer Jillian Michaels lets the camera into her life in her new docuseries Just Jillian. The reality show premieres Tuesday at 10 p.m. Eastern on E!.

— If you’ve been missing Chelsea Handler’s bawdy, boozy humor, follow along as the acerbic comedian investigates marriage, drugs, technology and racism in Chelsea Does. The series of Netflix-original documentaries hit the streaming service on Saturday.

— Take a warts-and-all look back at the career of Toni Braxton in a new Lifetime original movie Toni Braxton: Unbreak My Heart. The film chronicles the preacher’s daughter as she skyrockets to fame with hits like “You’re Making Me High,” “Breathe Again” and the titular “Unbreak My Heart,” but it doesn’t shy away from her money troubles or divorce, either. The film premieres at 8 p.m. Eastern on Lifetime.